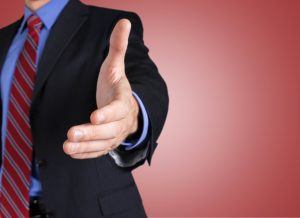 Federal and state regulators and inspectors are required to detect serious problems at nursing facilities to ensure a resident’s health and access to quality care. However, problems still arise especially at facilities that have repeated violations, filed complaints, opened investigations and recurrent fines. Ownership in a nursing facility can be a lucrative business opportunity that is available to nearly anyone, even those who are unfit and untrained to operate a home.

Business Growing in Spite of Violations

Even with numerous allegations of deficiencies at the company’s facilities, there business continues to grow and flourish even with a long list of fines and violations. SentosaCare has expanded and acquired more nursing facilities due to lenient New York standards that failed to hold the nursing company accountable for providing poor patient health care.

Potential buyers of nursing facilities are required to pass a character and competence review before acceptance of an ownership can be completed. To do this, the law requires that all the health care facilities operated by the buyer must maintain high quality care standards.

The final decision for ownership in a nursing facility is placed in the hands of the New York Public Health and Health Planning Council who are appointed officials of which many work in the health care industry. Even though the Council is given substantial power over applicants to ensure they improve the quality of the care they provide, the power is rarely used. To make matters worse, the Department of Health rarely reports fines and violations of nursing facilities associated or owned by applicants being reviewed for new ownership.

Numerous network health care facilities have circumvented the process and received acceptance of the application even though the rules suggest they cannot be approved due to repeated violations. This is because the health department will recommend approval using narrow interpretations of the state laws because serious problems were promptly addressed or violations were not identical. Even with its high number of deficiencies, applications submitted by SentosaCare have never been rejected for ownership through the New York Public Health and Health Planning Council.

The state’s Health Department is not without its own problems and maintains one of the lowest rates in the nation when citing nursing facility operators charge with deficiencies in providing standards of care. Unfortunately, the state does not mandate minimum staffing ratios even when studies indicate there is a strong correlation between the well-being of the resident and the number of nursing staff on hand.

Thirteen of the more than 25 homes operated by SentosaCare have received the lowest scores possible for nurse staffing. These ratings are posted on www.Medicare.gov. In addition, SentosaCare has had numerous problems with residents eloping from their nursing homes in recent years. This includes a 2011 incident where a resident froze to death after wandering away from the facility. Prosecutors and inspectors noted that staff members falsified documents in many cases when dozens of their residents experienced extensive delays in receiving proper treatment for conditions, which resulted in being transferred to hospitals.

In an interview with ProPublica, former Public Health and Health Planning Council attorney Sue Regan stated, “If you are in the business to find every opportunity to game the standards, and do the minimum, and give the shoddiest care you can possibly give while still getting out from under the deficiency, it should raise a question of whether you should hold a license.”

Although the state’s Department of Health is given the responsibility of safety oversight, it has major concerns about limited staff that lacks experience to properly perform their jobs. Insufficient staffing appears to contribute to the poor outcome of care provided statewide. According to reports by the CMS (Centers for Medicare and Medicaid Services) there is a correlation of train nursing staff and the potential risk of residents developing bedsores or experiencing weight loss, falls or other kinds of harm to their health and well-being.

Learn more about the laws applicable to New York nursing homes here.
Click on the links for information on nursing homes in New York , Buffalo and Rochester