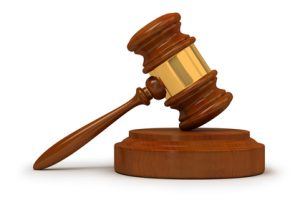 Her son Tom Douglas admitted Dorothy Douglas, an 87-year-old woman to the Heartland Nursing Facility in 2009. Being an Alzheimer and Parkinson’s patient, Dorothy’s case was highly complicated; however, not so much that a registered professional nursing care home could not handle it. According to Tom and his lawyers, his mother’s condition had improved drastically since he started taking care of her. Where she couldn’t even stand up on her own, Dorothy had started to walk, talk and even recognize family members on her own. Seeing this improvement, Tom decided to enroll her temporarily at Heartland Nursing Care so that she could benefit from expert care and handling. Little did Tom know that the nursing facility he opted for was anything but professional. With an employee turnover rate of 112%, Heartland was extremely understaffed, with even fewer women caretakers than men. Such lack of care and attention took its toll on the 87 year old, who was soon confined to a wheelchair, despite being able to walk properly. On 11 October the same year, Dorothy expired at the Hospice of Huntington where she was transferred in critical condition. Sources have revealed that after three weeks in the Heartland facility, Douglas had lost 15 pounds, became severely dehydrated and her previous progress was nowhere to be seen.

Wrongful death and the law

Despite how complicated and severe his mother’s ailment was, Tom Douglas knew it was not her condition that caused her sudden demise. His lawyers, Lance Reins and Amy Quezan took up this case to present in front of a jury. Because of hard evidence of the Nursing Home’s neglect to a serious patient, Reins put forward a wrongful death statue for the jury to base their judgment on. Rightly so, because according to Tort Law, a wrongful death is a result of another party’s fault- be it intentional or unintentional. Negligence on the part of the administrative staff or poor handling of an incident clearly comes under the legal boundaries set for a death to be termed as wrongful. After a two-week trial, Jurors in the late Dorothy Douglas’s case gave the decision in her favor. During the trial former Heartland employees were also summoned who testified that the nursing home had been staggering downwards for quite some time.

In light of such strong evidence, the deceased’s family was given $11.5 million in compensatory damages and another $80 million in punitive damages. This incident has led to a critical evaluation of Heartland Nursing Home’s business model. Charlie Johns and Benjamin Bailey, lawyers for Manor Inc.-the parent company that owns Heartland, have tried all they could to prove the nursing facility innocent. According to them, the staff was well trained and spent more time per patient than was required by state laws. More recently, Dorothy’s case was put on appeal in the Supreme Court with the Plaintiff’s attorney demanding a $50 million bond as safeguard for the patients if the nursing home is charged for the negligence.  This $50 million has been proposed to be reduced to $10 million instead by Manor Inc.’s defending lawyer.