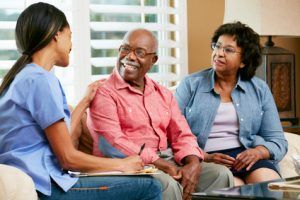 More about the bill

The Electronic Monitoring of a Resident’s Room in a Long-Term Care Facility bill would make it possible for residents who want to place a camera in their room to do so. The bill ensures that facilities make accommodations for those patients who make such a request. It also offers penalties for those staff members who tamper with the equipment or the camera itself.

One of the reasons that the bill was introduced in South Carolina was because of the abuse of Jesse Lee Wood. This 101-year old man was a resident at the Mount Pleasant facility. A video, captured on a hidden camera, showed that the elderly man was kissed on the cheek against his wishes, grabbed, shaken, and hit.

If the bill does become law, any patient who alleges abuse or a family member who has power of attorney who suspects as much has the option to place a camera in the room. At that point, the nursing facility would be unable to stop the resident from doing so. The patient can dictate what the camera is going to capture and where it is positioned.

Opposition to the bill?

Perhaps even more interesting is the opposition from the chair of the South Carolina Healthcare Association Board of Directors – Rick Sellers. He believed that the bill was “bad public policy.” He made the argument that the bill would undermine the dignity and privacy of the nursing home staff and the nursing home patients. He suggested that cameras were disruptive, demoralizing, and demeaning, as well as a breach of confidentiality.

It is interesting to think that someone who claims to care about the wishes of the patients would make such statements. Keep in mind that this does not mean ‘forced’ supervision; the bill puts the decision in the resident’s hands.

Even though he is clearly trying to sugarcoat the message, the only thing that Mr. Sellers appears worried about is being sued after it turns out that one of his employees does not do their job accordingly or abuses one of the nursing home patients.

Protecting those who need it most

Especially if we have a nursing home that cares for vulnerable patients, the primary factor is safety above everything else. This includes being safe from neglect or abuse. This is not “disruptive, demoralizing, and demeaning” as Mr. Sellers puts it, it is about improving the patient’s quality of life. Especially if we consider Mr. Sellers’ opposing argument, it begs an important question: if you are certain that everyone you hire is doing a great job and you have nothing to hide, what are you afraid the cameras are going to find out?