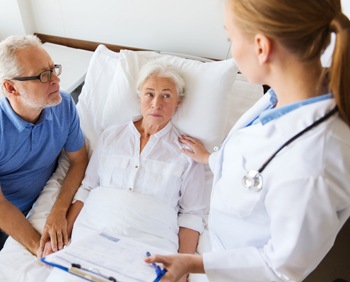 One of the nation’s largest nursing home chains suffered a legal setback that could eventually send ripples throughout the nursing care community at large. Despite aggressive attempts to have a lawsuit thrown out alleging that the systemic understaffing of facilities has resulted in numerous deaths and the pain and suffering of countless patients under the company’s care, a judge denied the motion to dismiss the case. The nursing home abuse and neglect attorneys of Nursing Home Law Center LLC are monitoring this case closely because its result could have an influence on many related cases in the future.

In a Stroke of Irony, Defendants Claim Lawsuit is due to Greed and Opportunism

Preferred Care Partners Management Group is playing the role of victim by alleging that New Mexico’s attorney general is unfairly targeting the company for abuses committed at facilities prior to their assimilation into the Preferred Care Partners Management Group organization. State Attorney General Hector Balderas has offered the counterpoint that elderly patients living in New Mexico have suffered at the hands of greedy nursing corporations that place profits over people and safety for far too long and that Preferred Care Partners should be culpable for any of its businesses despite their dates of acquisition.

This lawsuit represents public pushback for the systemic prioritization of profits in the entire industry and the decision of Balderas to advocate on the behalf of victims statewide is a signal that people have reached their limits. Preferred Care Partners Management Group operates nursing homes in more than ten states, including Nevada, Arizona, Texas, Mississippi, Kansas, Florida, Iowa, Colorado, Louisiana and Oklahoma.

It is one of the largest chains in the nation and any success in this high profile case could open a floodgate of similar cases in other states as residents grow tired of having their choice of nursing care limited mostly to corporations that place more effort into finding ways to increase profit than in offering quality care.

The defendants offer the claim that their caregivers are extraordinarily compassionate toward the needs of their patients, but Balderas has dismissed this notion as he argues it has no weight in the case. His argument is that the intentions of workers don’t matter because they are often placed in impossible situations and forced to make tough decisions. They are victims of understaffing policies as well because they are often the first people demonized whenever a patient suffers an injury or dies due to neglect.

Among other allegations included in Balderas’s complaint are that the nursing homes mischarged patients and the government by not rendering the services promised in exchange for state and federal funds.

In another stroke of irony, Balderas is relying on accounts from many of the compassionate caregivers Preferred Care Partners Management has referred to in their defense. Their alarm at the conditions they needed to work under, their inability to address patient needs due to limited resources and staff and the manner in which nursing facility administrations blatantly focused on ways to increase profit while denying service moved them to approach the Attorney General of their own accord.

One of the greatest complaints Preferred Care Partners Management Group is voicing is that the New Mexico State Attorney’s suit was inspired by lobbying from a private law firm. The strategy for private firms of working with state attorney generals’ offices has been documented in the past. New Mexico’s previous attorney general was approached about this case in 2012, but it was Balderas who chose to take up the case after hearing from numerous residents and nursing caregivers, who also care about the state of the industry and how patients are treated.

Nursing Home Law Center LLC is monitoring how this case develops. It is our sincere wish that the large for profit companies that have taken the industry hostage finally receive the comeuppance they have earned for their constant disregard for human dignity in favor of profit. This is the reason we pursue justice on behalf of our clients in such an aggressive manner. The only way these companies will change their ways is if they are consistently held to account for their misdeeds.

If your loved one has suffered injuries while under the care of a nursing home, the facility can be held to account regardless of how compassionate his or her caregivers were and their failed effort to provide the care every patient deserves. Contact us today to arrange a free consultation with one of our award winning nursing home abuse and neglect attorneys so that we can review your legal options and decide on an appropriate course of action. If we cannot secure a judgement or settlement on your behalf, our services will be free of charge.