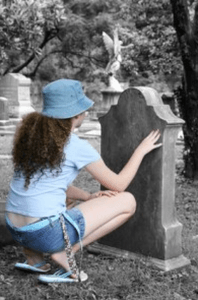 The death of a woman last fall at Park Pointe Village retirement community in the Rock Hill area could have been prevented, representatives of the woman’s estate say in a lawsuit. The suit charges that the death of Pauline Cook, 82, could have been avoided if employees and staff at the OakBridge Terrace assisted living facility, which is in Park Pointe Village, had taken action against an employee suspected of theft and forgery. According to news reports, police arrested a nurse’s assistant and say she confessed to killing Cook and trying to cover it up.

Representatives of Cook’s estate say she complained to employees of OakBridge Terrace and to police about someone forging checks in her name. According to the lawsuit, employees at OakBridge Terrace helped identify nurse’s aide Braquette Walton as the forger, and helped Cook make a complaint to the Rock Hill police. However, the suit alleges, employees should have then taken further steps to ensure that Walton couldn’t gain access to the facility or Cook.

Pauline Cook’s death is an example of a growing nationwide trend of not only elder abuse , but elder financial abuse. Officials all over the country are trying to rein in financial crimes against the elderly, which some experts label an epidemic. The rising numbers of elderly and the recession mean that more and more seniors are at risk of financial abuse. According to the Washington Post, caregivers and family members are often the most likely abusers — and elderly women are more likely to be targeted than elderly men.

However, as a recent report from Illinois shows, even well-meaning family members can be victims of financial scams targeting the elderly. Only time will tell if the spotlight on the dangers of elder financial abuse can actually help stop these crimes. Meanwhile, the elderly and their loved ones must remain aware of this problem and hold abusers accountable for their crimes.

Elder abuse is a horrifying breach of the trust that older adults and their families place in their caregivers. The National Center on Elder Abuse estimates that 1 to 2 million adults over the age of 65 have been abused, neglected or exploited in some way by a caregiver. Yet only one out of every six incidents is reported, perhaps reflecting the helplessness of some abused elders.