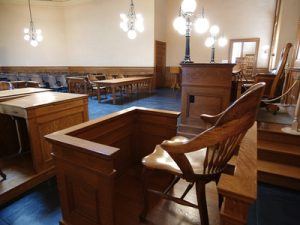 If you tuned into local news channels for daily news, you would know that stories of elder abuse in care facilities are not new. In 2010 alone, 36% of Nursing homes in America were accused of abusing the elderly. This problem surfaced a while ago and has been a hot topic of discussion in legal and medical circles. So much so that a number of lawsuits and court rulings have gone in favor of families and individuals fighting for compensation on behalf of a family member who has gone through such pain and suffering.

However, not everyone in our society has a soft heart for the elderly. A very recent example has been reported and tried in court from two hospitals in Arizona that failed to provide adequate care for patients whose families have now sued the hospitals. During the trial, the attorneys of the hospitals went on to say that the legislative clause for elder care, namely the Adult Protective Services Act does not apply to hospitals and is only limited to elder homes and care givers appointed in those centers. For them, the clause of the Act was ‘fuzzy and unclear’ which meant no rules had been violated.

In response to this flimsy claim, the ruling judge, Patricia Orozco, said that the clause applies to everyone ‘who gives care.’ Had any specific entities been mentioned in it, the attorney’s claim would have been worth considering.

The Arizona Hospital and Healthcare Association, which is entrusted to keep an eye on and manage all health and care givers, had no statement in response to the court ruling. With such a state of the best hospitals in the country, one wonders what all goes on in smaller elder care facilities that do not make it to the limelight too often.

The case mentioned above is a ripe example of how flawed elder care giving has become even in the most top-notch hospitals and the most civilized societies. For families that look for old-age care facilities and pay handsome amounts to ensure proper care, such stories are hard to accept; more so because in the face of demanding lifestyles, hiring caregivers is sometimes the only way to do justice to their own lives and those of their elders.

Therefore, it is about time adult abuse became a blatant crime that is immediately recorded and reported.

The demand for old homes and caregivers has seen a steady rise in the last two decades. However, ruling such cases as mentioned above in the favor of the plaintiff’s family is probably what is needed to remind caregivers of their oath and primary responsibility. Moreover, winning an elder abuse case provides adequate financial cushion for a family that has already spent thousands of dollars on medical bills and hiring caregivers.

Therefore, extending support to victims and ensuring their safety has become a big concern in facilities that were previously trusted with taking care of the people who strengthen the fabric of our societies. For Judge Orozco, inferring the law according to the hospitals’ claims will render it useless and cripple it in times when such abuse is questioned.

Learn more about the laws applicable to Arizona nursing homes here.
Click on the links for information on nursing homes in Phoenix, Tucson and Peoria