In 2005 the State of Illinois closed down Emerald Park Healthcare Center due to serous safety violations and ‘gross mismanagement’.  At the time, the man responsible for running the Evergreen Park, IL facility was Yousef A. Meystel.

A state prosecutor claimed Meystel was one of ‘one of the reasons the place in in the position it is in.’  During Meystel’s tenure, the nursing home received 168 violations– many for serious safety issues including: letting residents wander from the facility and housing unregistered sex offenders.  The conditions were so poor that a Judge ordered Meystel to stay away from the facility. 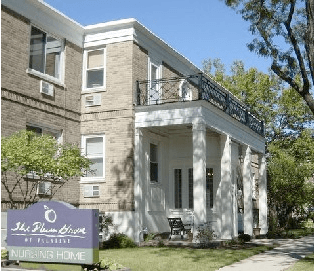 homes in Illinois.  The most recent addition tot he YAM empire is The Plum Grove of Palatine.  On March 1st YAM took over the daily operations of the nursing home.

The change in management concerns the some residents and their families. According to Ronald Porep, who has a parent living at Plum Grove, “As a family we are concerned about the quality of care the new owners will provide.  We want to know if and how good quality care for my mom will be guaranteed.  We are also concerned about any planned rate increases.”

YAM is operating Plum Grove with the goal of taking control of ownership of the facility in the future.  Illinois law does not prohibit ousted nursing home administrators from running other facilities or from taking an ownership role.  Medicare currently rates Plum Grove 4 out of five stars.  We will keep an eye on this facility and notify blog readers if this rating changes.

Read more about the change of operations at this Chicago nursing home here.