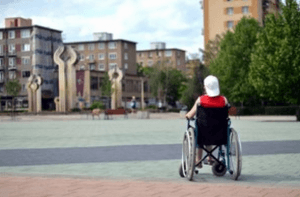 Nursing homes are generally defined as public homes where those people live who do not require hospital care but at the same time, cannot live at home because an injury or disability makes them unable to care for themselves.

In the past few decades of advancing medical care, there have been more turnarounds in serious health injuries than it could have been predicted 20 years back. Simply put, this advancement has enabled the younger generation to survive, even in potentially fatal accidents and diseases. As a result, most of these youngsters are living at nursing homes with the elderly.

Why Are Young People Rushing to Nursing Homes?

Did you know that the average age of residents at a nursing home is 83? The number of people who will live in nursing homes this year is at an estimated 3.3 million. It is believed that a good percentage of these will be under 65 years of age due to lack of appropriate facilities that are forcing people as young as 26 to live in nursing homes.

What Do The Statistics Say?

According to the Centers for Medicare and Medicaid Services, in 2005, the number of nursing home residents under the age of 65 was at 12.9%. This number had risen by 1.3 percent in 2009. The report published by the Centers of Medicare and Medicaid Services argues that this increase in the number of residents under the age of 65 may be due to an increasing number of short-term residents that only require care and assistance after critical hospitalization.

Why Nursing Homes Are Not Equipped For Young People

There is a good chance that every nursing home resident under the age of 65 may be depressed. When a life crisis causes disabilities to a person such as a brain injury, a bone injury or losing sight, a young patient will have a quicker chance of recovering and adapting to the change than those that are older. The licensed nursing staff hired at nursing homes is only trained to adapt to the pace of older people who are likely to spend the rest of their lives at the nursing homes.

The younger residents never receive the pace of care and rehabilitation required for their quick progress. In return, the young residents are forced to spend more time at the nursing homes than necessary. This leads to an underlying depression in the young residents.