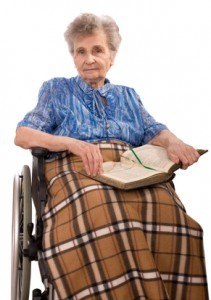 The Estate of Clara Jones, a nursing home resident, filed suit against Mariner, the owner and operator of the facility in which Clara was a resident, alleging common law negligence and violation of the Nursing Home Resident’s Act. The trial court entered a direct verdict to the defendants. Plaintiff appealed.

Clara was however, expected to rehabilitate. On June 15, 2001, Clara suffered a brown, watery emesis (vomit). No doctor was contacted because the staff felt it was an isolated incident. On June 30, 2001, Jones suffered another brown emesis. At the time, Clara had been eating well and having bowel movements.  The emesis was tested for blood and blood was found.

Dr. Alstott was called and he instructed that Jones was to go to the hospital immediately. Dr. Capulong was called to consult at the hospital. He found contractures in Clara’s hips and knees. He then performed a colonoscopy in which he found a massive fecal impaction the size of a football. Clara recovered well from surgery and was released on July 10, 2001. Clara then moved into another nursing facility where she died a year and a half later on January 26, 2003.

Prior to her death, Clara filed a suit against Mariner, through her daughter as guardian. In the suit, Clara alleged that Mariner failed to provide adequate and appropriate health care, resulting in contractures and a fecal impaction that required surgery.  Clara died before trial, so it became necessary for her personal representative to continue the lawsuit.

Shortly before the trial commenced, the Florida Supreme Court ruled on a case in which it interpreted a statute restricting a personal representative from bringing a claim under the 1997 version of section 400.023(1) when the alleged violation did not cause the resident’s death.

Mariner then moved to strike all of the claims under the Act.

The trial court ruled that since the alleged negligence by Mariner did not cause Clara’s death, any action brought by the personal representative would be restricted to allegations that occurred after May 15, 2001, the day the legislature amended section 400.023(1). Therefore, Clara’s negligence claims were restricted to the time period between October 14, 1998, and May 15, 2001. Since Clara entered the hospital on June 15, 2001 and did not return, this greatly affected her complaint.

Did the trial court err in limiting the Estate’s claim under the Act to infringements that occurred after May 15, 2001?