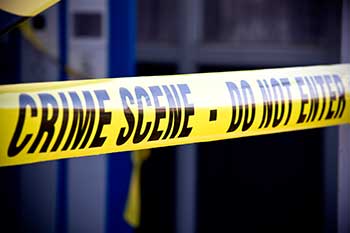 Slowly, we are beginning to learn more information regarding the suspicious death of a 82-year-old woman at an Assisted Living Facility in South Carolina.  Initially the woman’s death was believed to be related to an accidental fall in the shower at the institution.   A closer review of the circumstances has now resulted in murder charges filed against a recently terminated employee of the facility– Oak Bridge Terrace Assisted Living Community in Rock Hill, SC.

The suspect identified at 30-year-old Braquette Walton was fired by the Assisted Living Community after it was suspected that she was connected to the theft of checks belonging to a patient at the center.  Presently, it is unknown how Ms. Walton accessed the the facility on the date of the resident’s murder.

While I admittedly know little more about the facts of this incident other than was reported by news outlets, I find the statement from Oak Bridge spokesman Michael Smith somewhat unusual— and dare I say very defensive?

It was not the result of any breakdown in security.  The perpetrator was a part-time employee who was suspended and who accessed the campus through and unknown location.

As a facility caring for an especially vulnerable cross-section of society I would certainly hope that some security measures were put in place to protect residents from intruders– regardless if they were former employees or not. From a legal perspective, I find Oak Bridge’s lack of an explanation concerning the suspects access to the facility irrelevant to their civil or criminal liability.

Particularly if the facility had an indication of Ms. Walton’s violent tendencies— and failed to take any additional security measures, they may be guilty of providing negligent security. If the murdered resident’s family elects to pursue this matter civilly, they could theoretically be entitled to damages related to Oak Bridge’s security breaches.

What Can Nursing Homes Do To Protect Patients From Violence Within Facilities?