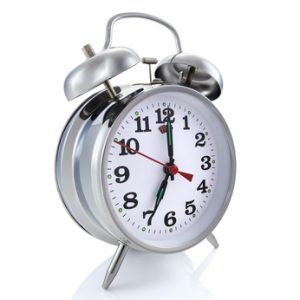 In June 2014, criminal charges against a nursing home were issued for nine workers, including the head administrator, involving the death of one of the residents. A New York State, Suffolk County grand jury issued a 46-count indictment alleging abuse and neglect. The Attorney General’s office in charge of the case brought the original criminal charges against the nursing home.

The charges allege that neglect at the 320-bed nursing facility Medford Multicare Center for Living caused the death of a patient under their care. Additional charges include patient abuse, physical evidence tampering, falsifying business documents and records and obstructing a government agency along with endangerment of an incompetent individual.

The criminal case involves the October 2012 death of 72-year-old Aurelia Rios, a hospital-released patient transferred to the nursing facility due to respiratory issues. On doctor’s orders, Aurelia needed to be connected to a ventilator throughout the night to assist her breathing. According to officials, the indicted employees’ ignore the doctor’s orders, which allegedly led to her death.

Electronic equipment monitored Rios’ breathing throughout the night, and could set off an alarm to alert the staff in the event of a breathing issue. The alarm set off every 15 seconds and continued for several hours. Unfortunately, the staff ignored the warning alarms even though a nurse sat only a few feet away from a computer signaling the alarm. Eventually, Aurelia Rios died as a result.

It is believed that the administrator of the facility deleted all alarm records on the computer in an attempt to conceal evidence of how Rios died. The employees are on paid leave while awaiting the outcome of the criminal case.

Attorney General Eric Schneiderman has indicated that the alleged actions involved in this criminal case shows that the state of New York will not tolerate negligence in nursing facilities. The employees and the administrators are also criminally charged for attempting to cover up the details of Rios’ death.

In addition to the “willful violation of health laws,” a misdemeanor, the defendants could also be found guilty and sentenced for criminally negligent homicide. Each defendant could receive a maximum penalty of four years in prison, if found guilty of all charges.

This is not the first time the Department of Health (DOH) has cited the nursing facility for deficiencies. As the result of an inspection in August 2012, DOH officials discovered a failure of the Medford Multicare Center for Living facility to provide necessary bedsore treatment to one of their dementia patients, which can lead to serious life-threatening infections without proper care.

Additionally, investigators for the Department of Health noted another failure to respond to a behavior-challenged dementia patient’s immediate needs. According to the detailed care plan designed for the patient, staff was instructed to perform behavioral issue intervention using therapeutic remedies whenever the dementia patient was agitated or upset.

On another occasion, an inspector for the DOH observed a Medford Multicare Center for Living resident screaming for assistance while in the dining room unattended. A social worker ignored the pleas for help repeatedly, while positioned close by at a nurse’s station.

In addition to criminal charges, a civil complaint has been filed detailing how the home’s owners generated millions of dollars in profit at the expense of persistent neglect of residents in care.

Unfortunately, nursing home resident neglect happens everywhere, including in the Chicago area, even when children and grandchildren choose a seemingly loving, caring facility. Family members will usually consider all available options and locate a nursing home to provide much-needed care to a loved one. The decision is often based on believing that the nursing home will provide the basic requirements of the resident in a safe environment, free of harm. However, when neglect happens it often leaves Illinois residents with serious injuries or dead.

The neglectful actions of a nursing home employee can occur in a variety of ways including through an error or mistake, preventing adequate delivery of necessary medication, withholding medications or stealing drugs for personal use. Other neglect can occur by the nursing home staff being inattentive, refusing food or toileting, sexual abuse or even physical or emotional attack. Neglected nursing home residents can suffer a variety of life-threatening conditions including stroke, heart attack, embolism, loss of mental faculties, infections, bedsores and severe pain.

If your loved one has suffered neglect in a nursing home, Nursing Home Law Center LLC can help. Our law firm can stop the abuse immediately and provide legal options for compensation obtained through all responsible parties. Call our law office at (800) 926-7565 for a free initial consultation.

Learn more about the laws applicable to New York nursing homes here.
Click on the links for information on nursing homes in New York , Buffalo and Rochester