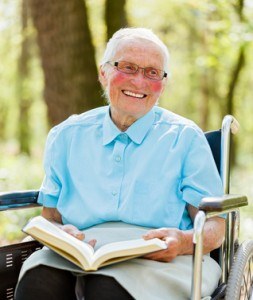 On August 20, 2006, at 1:40 a.m., Gregory Pickett was taken to the Defendant, Johnson County Hospital’s Emergency Room after complaining of back, side, and groin pain. Defendant, Dr. Parnell was the treating physician at the time.

He diagnosed Gregory with a kidney stone. Dr. Parnell kept Gregory under observation for about 12 hours before discharging him. Later that same evening, Gregory’s wife found him unconscious in their bathroom. She called 911. When the ambulance arrived, Gregory was pale and unresponsive. He was taken to the hospital where personnel on duty tried unsuccessfully to resuscitate him. He was pronounced dead at 8:20 p.m.

An autopsy determined that Gregory did not have a kidney stone but that a leaking abdominal aortic aneurysm had caused his death.

On February 4, 2008, Larry Hoffman, acting as the Personal Representative for Gregory, presented a notice of claim to the hospital. The notice of claim was timely filed and satisfied all the requirements set forth in Wyo. Stat. Ann. § 1-39-113(b).

On April 25, 2008, Hoffman filed suit against the hospital and Dr. Parnell within the 2- year statute of limitations for wrongful death.

On July 28, 2009, approximately 15 months after the case commenced, and after the statute of limitations for a wrongful death action and for a governmental claim had expired, the Hospital asserted the complaint was insufficient for lack of subject matter jurisdiction and filed a motion to dismiss.

They based their motion on the fact that in his suit, Hoffman failed to allege the date on which the notice of claim had been presented to the Hospital and failed to allege that the claim complied with the signature and certification requirements for filing against a governmental entity, pursuant to the Wyoming Constitution.

The trial court dismissed the action with prejudice, finding that it lacked subject matter jurisdiction to allow Hoffman to amend his complaint.

Did the trial court err in finding that the Plaintiff’s failure to allege compliance with the WGCA  and state constitution  deprived the court of subject matter jurisdiction?

SUPREME COURT HOLDINGS:
Yes
RELEVANT APPLICATION OF LAW:
“The district courts have jurisdiction to hear and decide actions brought against governmental entities, whether or not compliance is alleged, if notice of claim complying with the constitutional and statutory requirements has been presented. District courts also have jurisdiction to allow the amendment of a complaint to allege presentation of notice of claim complying with the statute and constitution when such a notice was in fact timely presented.”