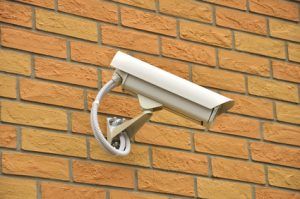 When someone we care about is admitted into a nursing home, we expect him or her to be safe. Many of us see these facilities as a safe haven for elderly relatives and aging parents, a place where they have onsite doctors and nurses and healthcare management to provide the much-needed personal care and attention they need. We expect that the staff in these facilities treat our elderly citizens with respect, dignity, and kindness. What happens when this is not the case?

A case that garnered media attention

One of the most important cases to highlight the importance of hidden cameras in nursing homes is the tragic story of 96-year-old Eryetha Mayberry. Initially, family members put camera in her room because they were afraid someone was taking her belongings. However, the found footage depicts Lucy Gakunga, a former nursing home aide, forcing latex gloves into Mayberry’s mouth, jerking her out of her wheelchair, forcibly shoving her head down onto the bed to get her to lie in bed, and pushing and taunting the 96-year old frail dementia patient.

Despite the fact that Ms. Gakunga has since been found guilty of elder abuse and neglect, it is important to remember that if these family members did not have prior (completely separate) suspicions, this case would is likely to have remained undocumented.

A change made for the better

Partly because of the outcry over the Mayberry case, Oklahoma Senate Bill 587 was introduced and signed into law. This made Oklahoma one of three states (the other being Texas and New Mexico) that would explicitly allow residents who live in long-term care facilities to install surveillance cameras in their rooms. While at least five other states have considered similar legislation in the last two years, these three states are the only ones that have written it into law.

These types of recordings can certainly make an impact. Aside from the arrest of Ms. Gakunga, similar horrific scenes of nursing home abuse have been captured in Pennsylvania, New York, New Jersey, Texas, and several other states. Oftentimes self-monitoring is the only remaining solution for relatives and loved ones who feel that the authorities are not taking their claims of nursing home abuse seriously.

The only way to capture the abuse/neglect

It is important that the signs of neglect and abuse may be obvious to families, but that does not mean that they would be able to charge someone with a crime and force the facility to make a change. The only way to do so is to capture the abusing/neglecting party ‘red-handed’ and that can be done by using hidden cameras.

One often heard claim from unions is that secret monitoring violates the employees’ right to privacy. While residents can expect privacy (the nursing home is essentially their room), the same cannot be said about workers. Workers cannot assume that their actions are going unrecorded. This may also serve as a deterrent for abuse, especially if staff members are unsure where cameras are.

Does it fix all problems?

While hidden cameras may weed out aggressive or unsuitable workers far more easily, it does not necessarily address all the problems that remain at many of these long-term care facilities. While they are a great step in the right direction, proper training and staffing are ultimately far better ways to guarantee quality of care.