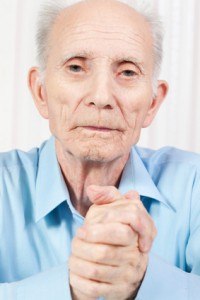 On August 8, 2002, Hert, along with her husband, filed a claim against the defendant for medical malpractice  and loss of consortium. A jury returned a unanimous verdict for the defendant. The Herts moved for a judgment notwithstanding the verdict for a new trial. The trial court denied the Herts’ request. The Herts appealed.

Dr. Burton was Mary’s family doctor. In 1997, Mary was treated for atrial fibrillation, as well as depression and anxiety.  Dr. Burton referred Mary to cardiologist Dr. Imburgia, who continued to treat her cardiac conditions.

On August 10, 2001, Dr. Imburgia did a follow- up examination with Mary and found that she had improved, was stable and should continue with the medicine regiment that she was on. On August 28, 2001, Mary began experiencing a funny feeling in her hand and on her face. She went to the hospital and was treated by Dr. King.

Dr. King performed a battery of tests which all came back normal. After speaking with Dr. Burton about Mary’s condition, he discharged her, prescribing 2 medications and instructing her to follow up with Dr. Burton the next day, and return to the ER if her condition worsened. Upon her arrival home, Mary’s husband contacted Dr. Burton’s office to make an appointment .

Mary’s husband spoke to Dr. Burton’s medical assistant who related the message to Dr. Burton. Rather than opting to see Mary immediately, Dr. Burton instructed his assistant to have Mary increase her dosage of anti- depressant medication and schedule a follow- up appointment several weeks out. Mary missed the next two days of work, but after that her symptoms resolved and she completely recovered from the incident.  On September 13, 2001 Mary suffered a stroke, causing her left side to be paralyzed. Her husband quit his job to become Mary’s sole caretaker.

On August 8, 2002, the Herts filed a medical malpractice suit against Dr. Burton seeking damages for negligence in his care and treatment of Mary in that he failed to exercise reasonable medical care. Mary’s husband’s claim was for loss of consortium.

In total, the Herts sought more than $13,000,000 in compensatory damages, representing Mary’s past and future medical expenses, her pain and suffering, the destruction of her ability to earn money, and her husband’s loss of consortium.

The jury returned a unanimous verdict in favor of Dr. Burton, finding that he had complied with his duty to Mary and the Herts were not entitled to any damages.

Did the trial court abuse its discretion in denying the Herts their motion JNOV or for a new trial?

SUPREME COURT HOLDINGS:
No
RELEVANT APPLICATION OF LAW:
Absent an abuse of discretion, the Court of Appeals had no grounds to overturn the trial court’s denial of Plaintiff’s motion.