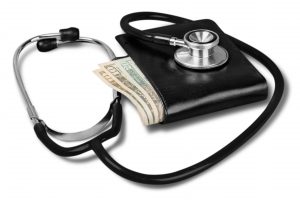 When families place a loved one in a nursing facility to receive quality health care, maintaining their safety and well-being in the loving environment is usually their biggest concern. However, to the nursing home, the level of care provided is often dictated by the cost of doing business, which is usually at the expense of the residents. In recent years, the Connecticut Department of Public Health fined six individual nursing facilities when residents died or suffered serious injuries from numerous falls.

In September 2014 Avon Health Center in Avon, Connecticut was fined over $1000 because of falling incidents involving two residents. One incident involved a resident falling out of a mechanical lift sling in March 2014 when the clip broke, causing a broken bone at the base of the resident’s skull. The individual succumbed to their injuries six days later. As a result, the medical professionals at the facility were retrained to ensure proper use of the equipment. But just 11 days after that incident, another resident broke their wrist as the result of a fall when a nurse’s aide in charge of their care left the individual alone.

A separate $1020 fine was imposed on Countryside Manor of Bristol for an October 2014 incident involving the death of a resident who had been admitted the previous September with pulmonary embolism. Initially, the resident was prescribed two anticoagulant medications and remained on both prescription drugs until the beginning of October before being transferred to the hospital for multiple bruises and pain, but died four days later. A physician later indicated that the nurse on duty should have reported on September 29 to doctors that the resident was still taking both medications.

Watrous Nursing Center in Madison received two separate citations in September 2014 resulting in fines totaling more than $1500 and $1300 over incidences where residents fell multiple times. One incident involved eight falls that occurred between 3/4/2014 and 5/12/2014 when the resident struck their head on a chair and received pain medication and was hospitalized 10 days later. A preliminary diagnosis indicated that the resident suffered a broken neck bone and that the nursing facility took five days to notify doctors about the resident’s neck pain.

The nursing facility also received fines in Connection with the resident that suffered a broken hip twice that had occurred in the 22 falling incidences happening between 3/10/2014 and 08/10/2014. The Connecticut Department of Public Health noted that there was another case of a resident falling 34 times that same year between 02/25/2014 and 07/10/2014. These falls resulted in a broken hand bone and two head injuries. Investigators concluded that the nursing facility’s interventions designed to prevent falling at the home were ineffective. A spokesperson for Watrous claimed that all associated interventions and individual care plans were in place and reviewed by staff members.

Fairfield Cambridge Health and Rehabilitation Center was also fined over $1000 in August 2014 as a result of a resident sustaining a cut requiring 11 stitches. The incident involved in an accident that occurred while the resident was transferring from their wheelchair to a bed. The citation indicates that the nursing facility’s nurse’s aide neglected to use protective legwear as required when transferring a resident.

The New Haven Mary Wade Home also received fines of over $1000 in September 2014 due to a deteriorating pressure ulcer on a resident who suffered deep tissue injuries the previous July. The Connecticut Department of Public Health indicated that the nursing facility records failed to reflect how the medical team followed the advice of the wound specialist. The facility took corrective action and procedures to ensure that the isolated incident does not occur in the future.

The Waterbury Connecticut Grove Manor Nursing Home was fined more than $200 in response to a resident who eloped from the premises with the visitor in October 2014. The resident went to the visitor’s apartment and was brought back to the nursing facility with the police. The citation noted that the nursing facility failed to implement effective changes in their policies after the resident eloped without permission.

While many facilities take active measures to ensure proper treatment of their residents after an incident occurs, others recognize that fines for low standards of care are just a part of doing business.

Learn more about the laws applicable to Connecticut nursing homes here.
Click on the links for information on nursing homes in New Haven, Waterbury and Stamford