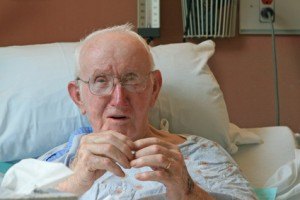 William Jerry Duke (“Mr. Duke”) suffered from Alzheimer’s disease. As a result of this condition, he often became violent. On December 3, 2005, Mr. Duke held a gun to his wife’s head and threatened to kill her. Mr. Duke was then taken to the emergency room by a Sherriff’s Deputy.

While in the emergency room, Mr. Duke assaulted the Sherriff’s Deputy and ran out of the hospital. After being apprehended, Mr. Duke was involuntarily admitted to a geriatric psychiatric unit at Nashville Rehabilitation Hospital.  On December 21, 2005, while still in the psychiatric unit, Mr. Duke signed a document presented to him by his sister, Linda Wright, entitled “General Durable Power of Attorney,” naming Ms. Wright as his attorney- in- fact. The document was notarized by an employee of the hospital.

After being released, Mr. Duke had more violent outbursts, resulting in his being readmitted to the facility. Because of insurance issues, Mr. Duke was transferred to Huntingdon Health and Rehabilitation Center on February 10, 2006. Linda Wright signed the admission documents to admit Mr. Duke, representing that she was authorized to do so pursuant to the power of attorney that Mr. Duke executed.

A section of the admission document that Ms. Eight signed was entitled Alternative Dispute Resolution Agreement, which indicated an agreement that all disputes arising out of the facility’s care of Mr. Duke would be handled through binding arbitration.

The nursing home, through its owner (the named defendant in this suit) filed a motion to compel arbitration. Mrs. Duke argued that the motion should be dismissed, answering that the ADR agreement should have no effect because Ms. Wright lacked the authority to sign it on Mr. Duke’s behalf because Mr. Duke was incompetent at the time he signed the Durable Power of Attorney.

OUTCOME AT TRIAL:
The trial court denied the defendant’s motion to compel arbitration, finding that Mr. Duke was incompetent at the time he signed the power of attorney, and therefore, Ms. Wright was not within her authority to agree to the arbitration agreement in the first place.
ISSUES ON APPEAL:

1)     Did the trial court err in finding that clear and convincing evidence demonstrated that Mr. Duke was incompetent when he signed the power of attorney?

2)     Did the trial court err in “looking behind” the power of attorney document to consider whether Mr. Duke was competent to execute it?