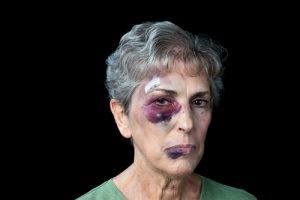 Preying on the elderly is a common problem in every city in the United States, including in Las Vegas where predators often attack the most vulnerable members of society. In November 2015, Clark County District Attorney Steve Wolfson met the problem head-on in an effort to keep every elder Nevadan citizen safe by developing and implementing a new unit with a specific focus on elder abuse.

Fraud and theft cases are prevalent all across the United States, including in Nevada, where the elderly are taken advantage of and are often swindled of their much-needed minimal income. Abuse of the elderly is expected to grow exponentially in the decades ahead as the population of elderly individuals continues to grow because more and more baby boomers are retiring every day.

In addition to physical and mental abuse, many elderly individuals are victims of financial abuse where predators defraud senior citizens through social engineering tactics by exploiting their family relationships, age and vulnerabilities.

However, prosecuting cases of elder abuse are often challenging. Many victims suffer with serious physical conditions and diminished mental capacity and are often intimidated by individuals around them. In coordination with police officers, many prosecutors have become specially trained in handling cases involving elder abuse as are elder advocacy organizations and adult protection departments within law enforcement agencies. Often times, victim organizations work in coordination with other protection departments to ensure that specific cases are successfully prosecuted.

Relatives and friends are often oblivious to not so obvious common signs of elder abuse when a loved one is harmed mentally, emotionally, physically or financially. Common signs of financial abuse could be obvious of a relative realizes that:

Common Scams against the Elderly

Financial predators use a variety of schemes and scams to take money or property away from the elderly. The most common scams perpetrated against the elderly include:

Relatives and friends with elderly loved ones must recognize the seriousness of crimes involving abuse against seniors. Recognizing that a scam is occurring is not always simple. However, looking for obvious warning signs can help family members ensure that their loved one does not become a victim.

Anyone can report suspicion of elder abuse to law enforcement agencies including their local sheriff and police departments. Now that many communities are focusing crimes that involve older adults, the specialized units can take quick action in prosecuting crimes perpetrated against senior citizens.