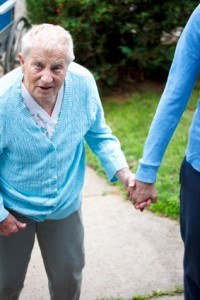 The plaintiff estate brought medical malpractice and wrongful death action against a registered nurse who was also the director of nursing at the nursing home in which decedent was a resident. The nurse moved to have the complaint dismissed and the trial court granted the dismissal. The estate appealed that decision.

Dorothy Jones (decedent), a sufferer of multiple sclerosis, was rendered non- ambulatory and was admitted into Pinnacle, a long- term care facility on July 26, 2002. At the time Jones moved into the facility she had no skin impairments whatsoever.

Once admitted to the hospital it was discovered that the ulcers were infected and so severe that Jones was experiencing vaginal seepage, exposed tendons in her leg, and another that exposed her skull. It was also discovered that prior to Jones’ admittance into the hospital on October 4, 2006, she had developed multiple severe urinary tract infections, symptoms of recurrent infection, and severe respiratory problems. Jones died from respiratory failure on October 6, 2006.

On February 11, 2008 plaintiff, on behalf of the decedent, filed a complaint for Medical Malpractice, Wrongful Death, and Funeral and Burial expenses.  All counts of the complaints named Carolyn English, the director of nursing at the time, as a Defendant.

English moved for dismissal stating that, under the Nursing Home Care Act, she could not be held liable for her activities an employee or the director of nursing for Pinnacle.

Plaintiff responded that the allegations against English were brought individually for medical malpractice and not based upon her activities as director of nursing.

The trial court granted English’s motion, dismissing the complaint against her with prejudice.