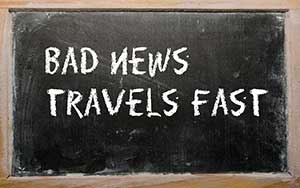 A study by the American Health Care Association (AHCA) has determined that Medicaid is underfunding state long-term care by a whopping $4.2 billion in 2008.  Obviously, the funding shortfall will necessitate budget cuts that impact Medicaid funding for nursing homes.  According to the AHCA report, New York will be the hardest hit with a projected shortfall of $548.1 million, followed by Illinois with a $379.3 shortfall with Ohio, Pennsylvania and New Jersey filling out the top five.

Nursing homes are already feeling the financial impact of the of federal funding problems.  According to the Medicare Payment Advisory Committee, the combined average margin to nursing homes by Medicare and Medicaid programs is negative 1.8%.  In other words, for every $100 a nursing home pays, they are only getting reimbursed $98.20.