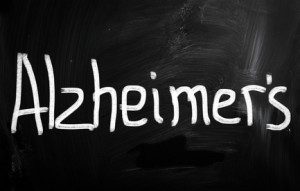 With 75% of Alzheimer’s patients in nursing homes, most abuse incidents go unreported. However, in a study published on elder abuse by the National Center on Elder Abuse, 3.2 million citizens of the U.S. lived in nursing homes during the year 2008. They quote a study that reports an alarming number of 44% nursing home residents who say they have abused physically, sexually or financially.

A higher number of 95% say they have been neglected in these nursing homes or they have seen their fellow residents being neglected. They also report that the U.S. General Accountability Office considers most such surveys insufficient to report actual harm posed to the nursing home residents. Another elder abuse report says that at least 5000 death certificates of nursing home residents state the cause of death as “malnutrition, dehydration or starvation.”

At a nursing home in Atlanta, 11 current and former employees were arrested who face around 70 criminal charges for alleged abuse of nursing home patients along with 10 other employees. Georgia Bureau of Investigation reported that the abuse included the physical striking of the elderly by the nursing home employees. There were a few reports of water being thrown at the patients, neglect of physical care with “double diapering” incidents and restraining of the elderly with bed sheets. The same home has been criminally charged for financial abuse as well.

Why Alzheimer’s Patients Are Frequently Subjected to Abuse

Experts have reported that the physical, sexual and financial abuse is far greater at homes or other communal places, where the elderly are abused mostly by family members. However, at such places, the number of reports is higher because either another family member or a neighbor usually reports an incident, which opens up investigations. In nursing homes, however, the owners hide their incidents with the fear of their nursing homes being closed down. Moreover, due to deteriorating memory, fear of being abused again and lack of physical ability to report, elders in nursing homes rarely ever report an incident of abuse or neglected to care. In fact, due to the above reasons, Alzheimer’s patients in nursing homes are 5 times more likely to be abused that those elderly who are not affected by Alzheimer’s.