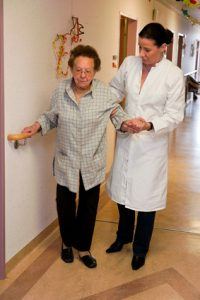 More about the abuse

According to the court records, four nursing home workers were sentenced for abusing elderly residents. These four people were sentenced under the Mental Capacity Act 2005 for wilful neglect and ill-treatment of a person with lack of capacity. The following sentences were passed out:

According to the court documents, these four tormented, bullied, and mocked residents, primarily because the residents would have no memory of the abuse. According to the facts presented to the court, the abuse went beyond verbal abuse as well. One resident was tipped out of his wheelchair while another had his foot stamped on deliberately.

Perhaps even more shocking is the fact that in order to ‘entertain themselves’ the four would pelt the residents with balls and beanbags, aimed directly at the elderly resident’s heads. These victims were between 70 and 85 years old.

Feelings of guilt from the family

While these actions are horrendous, perhaps the most heartbreaking aspect is the fact that the families of these elderly residents feel guilty. One family member spoke of the guilt he felt having to place his father into a nursing home after being diagnosed with Alzheimer’s disease. Because they were unable to look after him, the man believed that it would be best to have diligent professionals look after his father. Instead, his father was subject to ill-treatment and humiliation at the hands of those who they entrusted with his care.

Part of the problem

According to the judge who handed out the verdict, part of the problem with the facility was the lack of proper management. This not only allowed this type of conduct to happen, but also carry on.  The court also found that in September 2011, there were previous suspensions after abuse allegations made by a cleaner and a receptionist. The matter was not referred to the police or social services and those parties involved were only given a warning.

The abuse is unacceptable – speak out

The truth is that when we place someone in an assisted living facility or nursing home, it can be a heart-wrenching decision. However, we do so because we believe that these places are able to meet their day-to-day living and medical needs. We entrust them to care for our loved ones in the same way that we do. However, this is not always the case.

Nursing home abuse is not only unacceptable, but it is despicable as well. We entrust the frailest members of society to these individuals, and the response that we see with these four is horrific. If you feel that someone close to you is suffering from nursing home abuse or neglect, remember that it is always important to speak out and seek legal representation.