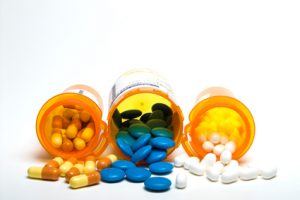 The use of antipsychotics

In medical terminology, we have often heard about antipsychotics. In fact, this category of drugs is perhaps the only one that is self-explanatory. Antipsychotics have been used in hospitals and care center facilities to help patients calm down after an episode of unrest. However, more recently it has been discovered that this category of pills is nothing but poison to the human body. There is a severe tradeoff between the use and non-use of anti-psychotics. On one hand, these medicines are not approved by the Food and Drug Administration (FDA) and on the other, nursing homes and care centers have a very staunch habit of using them to pacify patients suffering from dementia and bipolar disorder. According to research, close to 40% of nursing homes across the nation prescribed anti-psychotics to patients but only 9 to 25% of them saw any benefit at all.

The pledge by the Centers for Medicare and Medicaid Services in May 2012 to reduce the number of prescriptions given for antipsychotics by 15% nationwide has not been without reason. Despite the slow 8% reduction in the use of such medication, the reasons for the ban on antipsychotics are plentiful and serious. Research has shown antipsychotic medicines to increase the chances of death, especially in elderly patients because their bodies are weaker compared to young patients. Clinical research has shown that these drugs increase the risk of heart attacks by affecting cardiovascular circulation. As a spin off reaction, they can also induce hyperglycemia and diabetes. An audit by the United States government reveals that 83% of total antipsychotic prescriptions in nursing homes are for uses that are not approved by medical experts and even the government itself. This number is huge and tells a story that reflects negligence and a shortcut route to pacifying uncooperative patients on the part of caretakers who were held in high esteem previously.

For the lack of a better alternative, anti-psychotics continue to be used in nursing homes. However, there can be no better warning when it comes to convincing medical centers to stop their abuse than the fact that anti-psychotics lead to premature death. What then can be done? According to Dr. Daniel J. Carlat, editor in chief of The Carlat Psychiatry Report, “Doctors want to maximize quality of life by treating the patient’s agitation even if that means the patient will die a bit sooner.” As crude as it can be, this school of thought has been adopted by most doctors. Till any permanent solution can be devised, the use of antipsychotics will continue, albeit at a slower pace. Social and public groups that advocate for patient welfare are also aiming for this goal. “Certainly we’re getting to the point of continuous improvement,” said Dick Herrick, President and CEO of the New York State Health Facilities Association. “Is it ever going to be 0? No but we hope for it to get to a level which is more clinically sustainable.”