There are three main types of central venous catheters: 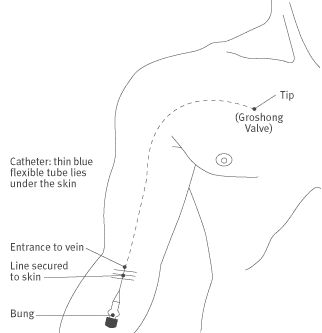 Basic maintenance and observation should be part of all hospital and nursing home patients routine.  If you have acquired a blood infection during your hospital or nursing home stay, do not assume that your condition was inevitable.