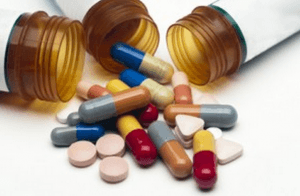 People nowadays are tentative to send their dear ones to a nursing home for treatment and care. A major reason behind this hesitancy is the prevalence of careless attitudes and poor services that exist in the nursing homes nowadays. One of the commonly experienced issues is not giving the right medications to patients or not monitoring those medications.

This results in the death of the patients in the majority of the cases and tarnishes the reputation of the nursing homes. There have been a huge number of cases where nurses did not keep a watch on the medicines being given to the patients and either gave them an overdose or an under dose of their medications; both these measures prove to be fatal for the patients.

One of the most serious and commonly occurring nursing home abuses is not supervising the medications given to patients; nurses are often reported to either have given the wrong medicine to patients or giving them an incorrect dose of the right medicine. The majority of the patients admitted to the nursing homes are suffering from one of these chronic diseases: cancer, stroke, heart disorders, diabetes, high blood pressure, Alzheimer’s and Parkinson’s disease, and in all of these conditions, the patients are prescribed drugs to improve their health.

However, the staff at nursing homes frequently makes mistakes while handling the medications of the patients living there and does not correctly monitor the medications given to patients. There have been cases in which the nurses mixed up the drugs and gave high blood pressure medications to a diabetic patient.

Statistics of Giving the Wrong Medication to Patients

A study shows that around 7 out of 10 patients living in health care facilities suffer from errors made in prescriptions or are given incorrect medicine. Approximately 69.5% of all people residing in nursing homes have been the victim of wrong medication or incorrect dosage. Nurses do not read the prescriptions correctly and hastily administer medications to the patients that often prove to be fatal. In another study, 178 out of the 256 patients living in a nursing home had been the victim of medication blunders. During 2010, around 60% of the 38,329 deaths that took place in nursing homes in the U.S. were due to incorrect prescription drugs. The death rate due to an overdose of painkillers was around 415% in women and 265% in men during 2010.

There are numerous reasons why these episodes take place. First, a lot of the staff does not have sufficient knowledge of different medicines. Secondly, many of the nurses do not know what medicine needs to be given with food and what medicines are supposed to be taken on an empty stomach. Third, many nurses are unable to read the doctor’s handwriting and confuse one drug with some other. Fourth, the staff often does not pay attention to the prescription and reads it in a hurry, which is why the end up making such serious mistakes.

In July 2010, a case was reported in Florida in which the nurse administered the wrong medication to a 79-year-old man. Richard Smith suffered from kidney disorder and was admitted to a health care facility. The next day, Smith complained of a pain in his stomach so the doctor prescribed him an antacid. When Smith’s son came to visit him the next day, he found his father lying unconscious in the room. It was then discovered that the nurse in charge had given Smith wrong medicine that caused Smith to go into severe respiratory arrest. Instead of an antacid, the nurse had administered Pancuronium to Smith; this medicine is normally used in strong and lethal injections. The Smith family is now planning to sue the nurse.

Learn more about the laws applicable to Florida nursing homes here.
Click on the links for information on nursing homes in Miami, Orlando and Tampa