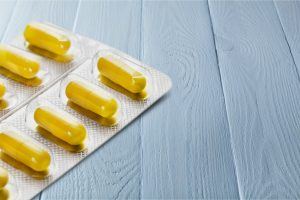 According to public health watchdog groups, nearly 75 percent of all antibiotics given to ailing residents in nursing facilities are incorrectly prescribed. In many cases, the resident was given the wrong medication or the right medication for the wrong duration or wrong dosage, or never should have received the drug at all. Unfortunately, incorrectly prescribing antibiotics can cause a severe consequence where the drug can easily lose its effectiveness in safeguarding the patient against an infection it could have otherwise treated. In other incidences, the antibiotic can actually cause life-threatening side effects.

In September 2015, the CDC (Centers for Disease Control and Prevention) advised nursing homes to be more proactive at protecting the millions of individuals residing in their facilities nationwide. This warning was given in the hopes of curbing the growing number of “superbug” infection cases across the United States that are beginning to resist the effectiveness of the antibiotics.

Infections that resist antibiotics threaten each one of us, but most specifically elderly individuals residing in nursing facilities. This is because their bodies tend to have a compromised immune system that is unable to fight infections efficiently and effectively. According to the CDC, nearly 20 different types of antibiotic resistant infections cause serious illness to more than 2 million individuals every year and take the lives of nearly 23,000 people annually.

As a way to educate the public, the CDC has launched an informative campaign concerning nursing facilities in the hope of preventing the startup and spread of many viral and bacterial infections. This comes after a successful public education campaign launched in 2014 in an effort to curb the same problem at hospitals. The CDC recognizes that the only way to ensure that Americans are protected against serious life-threatening viral and bacterial infections is to make sure that antibiotics are only prescribed when necessary, especially when treating nursing home residents.

A study performed by the National Institutes of Health (NIH) identified that between 40 percent and 75 percent of all prescribed antibiotics are unnecessary. Many AMS (anti-microbial stewardship) programs have been integrated into nursing home facilities as a way to promote highly effective antimicrobial use. However, more can be done.

The CDC Worries about Effectiveness

Individuals that take antibiotics unnecessarily also lose healthy infection fighting bacteria required to maintain a strong immune system. In a closed nursing environment, this can be catastrophic, when residents spread harmful infections including Clostridium difficile that causes more than 250,000 nursing home residents to be transferred to a hospital, where 15,000 of those will lose their lives from the dangerous bacterial infection. Without adequate protection, the disease easily spreads through the facility to other residents, visitors and staff members.

Many nursing facilities have developed and implemented effective infection control protocols to minimize the potential of infection spreading from one resident to another. This includes private rooms and toilet areas used only by the infected individual. However, the Centers for Disease Control and Prevention (CDC) is calling for more action, such as advising nursing facilities to track their antibiotic prescriptions to residents and the outcome that resulted on a case by case basis, with special notations made of any side effect that occurred.

Additional recommendations include placing a pharmacist or consulting doctor in charge of the nursing facility’s antibiotic policies and effective training to ensure that the medical team follows the protocol correctly.

Nursing homes and administrators might believe that the suggestions by the CDC will place an undue burden on the nursing staff, residents and family members. Unfortunately, annual flu shots are not mandatory for nursing home residents and in some cases staff members. Many nursing facilities do not track which residents have received a flu shot or not. However, these changes could help curb the unnecessary use of antibiotics to increase the safety and well-being of all residents.