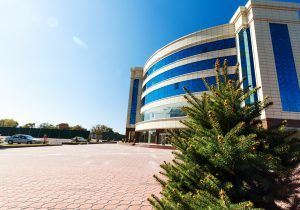 While many low income individuals who have Medi-Cal (California Medical Assistance Program) are thrilled to have state-provided medical insurance, it may not be enough to provide them the coverage they require to stay in nursing homes long-term. Recently, the California Advocates for Nursing Home Reform, a watchdog group, alleged that administrators of nursing facilities throughout California have been sending patients covered by Medi-Cal to hospitals to free up beds to make room for patients with insurance that can pay the nursing home more. Because of that, many low income patients only have the option of staying in hospitals indefinitely because no nursing facility will readmit them back in.

By federal law, states are required to provide patients a readmission hearing after an initial hospital stay is over and they have been formally discharged. However, California has been slow to enforce this requirement, creating a loophole for nursing home administrators to generate greater profits. The lawsuit filed by the advocate group claims that this refusal of a readmission hearing mandates that welfare patients must remain in the hospital to receive much-needed care. This lack of enforcement directly violates the 1987 Nursing Home Reform Act when Congress passed sweeping reforms to ensure that residents of every nursing facility would receive optimal medical care and hygiene assistance.

To remain financially lucrative, many nursing facilities receiving Medicare funds will turn away low income potential residents in favor of lucrative clients with better insurance. The practice of “patient dumping” often goes unchecked, especially when the patient is suffering a severe mental or medical health condition.

Working around the System

Nursing home administrators understand the politics of illegally evicting a resident from their nursing home room and remain steadfast in their practice of dumping residents out of the facility. Instead of claiming that the nursing home is at financial odds with the resident, administrators will often offer some other type of excuse as reason to kick the resident out. Some facilities might site unacceptable behaviors or mental illness as the cause for a discharge. In many illegal cases, this type of practice is often secretive, goes undetected or is never discussed between the nursing facility and state surveyors/inspectors during investigations and surveys.

The resident and family members are often unaware that legal recourse is available or are not in a good position to assert their rights under the law. Under-reporting of these incidences at many facilities is commonplace where unscrupulous nursing home administrators tip the scales in their favor to seek out better paying residents while shunning away individuals who are funded by lower-payment medical assistance (Medicaid and Medicare).

Typically, the optimal health and well-being of nursing home residents will correlate directly with living in a loving, safe environments. However, the disruption in daily living can be extremely traumatic in cases where the resident is told to leave. Even though nursing facilities are required by law to follow specific procedures when discharging a resident, many nursing homes will attempt to “dump” less desirable residents to a local hospital and refuse to allow them back in once it is established that the patient can be discharged back to the nursing facility.

By federal law, nursing facilities can only discharge residents for specific reasons that could include:

In the event that a nursing facility refuses to readmit a resident or insists that the resident must be discharged, the individual being kicked out can file a complaint or appeal with the state. However, appealing a refusal to readmit should occur as soon as possible once the discharge notice has been received or after re-admittance has been refused. Successful action for readmission usually requires the skills of a competent attorney who understands the appeal and filing processes.

Click on the links for information on nursing homes in San Diego , Los Angeles and San Francisco