There’s some saying that has been jumbled back-and-forth about how many patients were feeling fine until they went to the hospital and got sick.  Well, as corny as the saying may be, a trip to the hospital may be one of that last places you want to go— particularly when you look at data released from Medicare concerning hospital safety data. 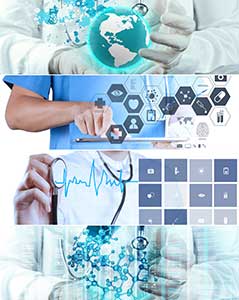 After evaluating bills bills that hospitals submitted to Medicare for payment between October, 2008 and June, 2008, CMS, looked through the billing codes used to quantify the type of treatment provided to each patient.  The results demonstrate that many basic patient-safety problem continue to impact some of the most vulnerable members of our society– the elderly and disabled– who are the primary Medicare recipients.

When looking over the Medicare report and data provided by hospitals, I was disappointed by the lack of appreciation for patient safety many of these hospitals obviously have.  Problems such as: blood infections, urinary tract infections, bed sores, incompatible blood transfusions, falls and objects left in patients during surgery were some of the common problems reported by hospitals.

Take a look at some of the highly regarded medical facilities in your area.  What makes many of these hospital errors even more alarming is the fact that there really is a degree of uniformity when it comes to these ongoing problems.

Along these lines, the Chicago Tribune looked at data from some well-known Chicago Hospitals and found some discouraging situations including:

Some of these medical facilities claim that these reported errors are due to improper coding– as opposed to inept care.  Either way, I find medical errors and / or book-keeping errors to be inexcusable.  Given the prevalence of these ongoing medical errors at hospitals, these facilities deserve to be called out for the poor care they are providing to patients.

Certainly, as a lawyer who handles medical malpractice cases, I truly question the ability of many of these hospitals to provide complex medical care when they are failing to meet the most basic needs of patients.  One can only assume such care is provided on a similar tier?

Now that we score nursing homes, is it time to do the same with hospitals?