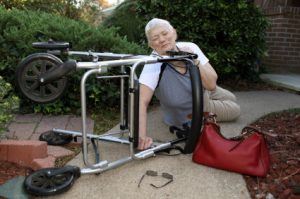 Coumadin is the brand name of a drug called warfarin, an anticoagulant that is commonly used to prevent blood clots. It is used for various heart conditions and circulatory problems, including heart attack patients, prosthetic heart valves, treat or prevent venous thrombosis (swelling and blood clot in a vein) and pulmonary embolism. Although effective in many of these uses, it can also be deadly if not monitored.

The most serious concerns with this drug are drug interactions that can cause internal hemorrhaging and bleeding from traumatic injuries. In a study of over 1.2 million patients with traumatic injuries, the patients on warfarin were almost twice as likely to die from their injuries, 9.3% versus 4.8% in non-warfarin users.

For users of Coudamin, frequent PT/INR testing is necessary to make sure patients are not at risk for excessive bleeding or strokes. PT stands for prothrombin time, which is the amount of time it takes the blood to clot. INR stands for International Normalized Ratio, which is the measurement unit used in PT testing. Each individuals INR ideal ratio can be different, so a physician should determine what ratio is best. PT/INR testing can be done through a lab or even through home self-testing. It is recommended that testing be done on patients using anticoagulant drugs such as Coudamin at least every 4-6 weeks but new self-testing kits can be done every week. Frequent testing can reduce risks of death from strokes or hemorrhaging by up to 39%.

Elderly patients are more likely to be on anticoagulant drugs like Coudamin and also are more likely to have adverse reactions. In a study released in 2011 on anticoagulation in older adults the recommendation was that in the elderly, warfarin use requires “.. appropriate dosing requires extremely careful and more frequent monitoring.”  Using PT/INR testing, either at home, through a lab at a clinic or in a nursing home to make sure elderly patients are staying within a safe range is very important. It can literally be the difference between life and death in a situation where an elderly person suffers a fall. Without PT/INR levels in check, a patient can uncontrollably bleed following an even minor incident. Resources relating to PT/INR levels: http://www.upi.com/Health_News/2011/01/18/Warfarin-users-have-more-trauma-deaths/UPI-45391295412360/ http://www.inrselftest.com/for-patients/what-is-pt-inr-self-testing/ http://www.clotcare.com/ptinr.aspx