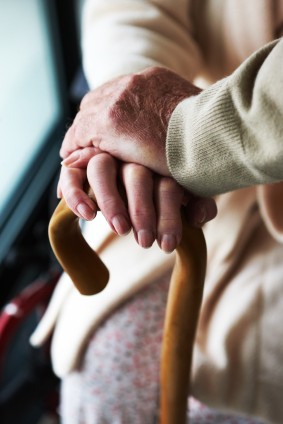 It’s no secret that falls in the elderly nursing home population remain one of the largest threats to patients safety and overall well-being.  Recognizing this threat, nursing homes must assess each patient for their potential fall-risk and create a plan of care to reduce the incidence of falls during their stay at the facility.

While fall precautions may including common sense precautions such as: staff assistance, walkers or modification of bed heights— new research suggests that nursing homes need to begin evaluate patient’s use of common antidepressants known as selective serotonin reuptake inhibitors (SSRI’s) which dramatically increase a patient’s risk of falling.

A recently published study in the British Journal of Pharmacology conducted by clinicians in the Netherlands followed a group of 248 nursing home patients diagnosed with dementia over a two-year period.

While nearly all of the patients experienced some type of fall during the course of the study, the study concluded that patients taking SSRI’s had a notably higher incidence of falls compared with their peers who were not taking the drug.  Even more alarming, was that fact that researchers determined that patients taking SSRi’s (common drugs include: Paxil, Zoloft and Prozac) were three time more likely to suffer a fall-related injury such as a hip fracture, leg fracture, bruise or wound.

Though not the primary focus of the study, an incidental finding was that patients taking SSRI’s combined with sedatives and hypnotic drugs– commonly given to patients to aid with sleep— resulted in an ever further elevated rate of fall-related injuries.

While the this similar studies will no doubt need to be completed on a broader scale, mounting evidence suggests that all medications prescribed to nursing home patients should be evaluated to determine their necessity.  Further, given the suggestive data from this recent SSRI study, nursing homes need to heighten their focus on patients’ medications when tailoring a fall-prevention protocol.

Study Links Medication Use With Falls