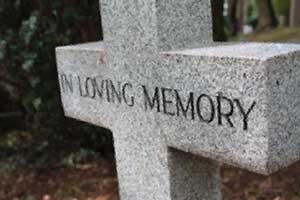 Unfortunately, many suspicious acts involving injuries to nursing home patients get completely ignored by prosecutors primarily because (even in situations where they are notified about an incident) there is rarely enough evidence to prosecute the criminal act.  Even in situations where authorities are ‘tipped off’ the closed-door environment of nursing homes make these incidents particularly difficult to investigate as the evidence is rarely in the same condition as it was in at the time of the incident by the time authorities begin their fact finding process.

Senseless Injury To An Elderly Patient

On the other hand, sometimes these incidents are caught for what they truly are– abusive acts to elderly people. I just recently read about an incident that is all too common amongst nursing home patients— staff dropping a physically disabled patient as they attempt to transfer them into or out of their wheelchair or bed.  Commonly, these incidents result in serious injuries such as fractures or internal injuries to the patients when they fall from an elevated height in an awkward position.

Despite the senselessness of these incidents, there is no criminal intent on the part of the staff member who is overseeing the transfer which may result in sanctions imposed upon the facility– but rarely anything involving charges of a criminal nature.

Covering Up An Obvious Error

Apparently, a CNA at Tarrytown Hall Center (NY), made such a basic error when she transferring an elderly patient from a bed to a wheelchair.  Ignoring the requirements set forth in the patients care plan, which set forth that the transfer of the patient was to be done by two staff members and the use of a mechanical lift, the CNA elected to go it on her own.  Without the proper level of assistance, the patient fell to the floor resulting in fractures to her: spine, leg, and nose.  The patient died shortly after the incident due to her injuries.

While the incident itself is disturbing on many levels, what took place following the fall is particularly alarming.  According to a news report of the incident, “Family ‘distraught’ by woman’s Tarrytown nursing home death” the CNA who was originally responsible for overseeing the transfer was apparently so frustrated by her stupid mistake that rather than summon medical attention for the injured patient, she went to get another aide at the facility to make it appear as though the transfer was done according to protocol.

Shall We Blame the Employee Or The Facility?

In situations like this its always easy to blame the person directly responsible for the incident.  Of course, the employee involved deserves to be punished on some level for her poor judgment.  However, on a more fundamental level my guess is that this facility was not providing the staff with the proper tools with which to perform their responsibilities. As attention gets put upon the employees careless act, I hope someone takes a closer examination at the working conditions at this facility.  My guess is that for practical purposes, employees were essentially forced into cutting corners to get their job done. Doesn’t that deserve to be called out upon?