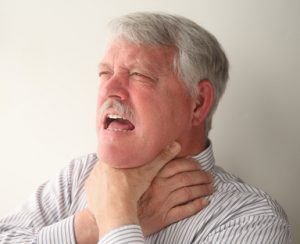 Cases of negligence at assisted living centers have gone up considerably in the past years. While previously family members used to be at peace after leaving their loved ones at these facilities, today choosing such a caring home is not only a hard decision; it has also become a matter of life and death.

Hundreds of stories swamp national news every few days narrating horrific negligence cases at the hands of caregivers who are entrusted with the most vulnerable faction of people in our societies. What is more? After a wrongful death because of negligence, there is no one to take the blame. With court rulings and weekly trials, the death of a loved one becomes a blame game as the culprits seek refuge in flimsy claims and disregard the sheer importance of a human life- as crippled as it may have been.

Nonetheless, despite the huge number of such cases pending in court, the living and staffing conditions of most homes remain the same. Because significant amounts of money is required to refurbish them or hire trained nurses and other helpers, most assisted living facility owners disregard the importance of very basic amenities. As a result, their scores to provide care remain below average for years on end.

Wrongful death in an assisted living facility is also a result of the owner’s aim for monetary gain and power. For instance, if a facility has been operating below maximum capacity, it would try to retain as many residents as possible even if it is unable to provide adequate care to them. Such fraudulent claims, no doubt, stem from thorough neglect and a skewed perspective of profit making.

The Case of Kelly Jorgenson

Kelly Jorgenson died in the Burlington assisted living facility at the age of 49. Kelly’s case comes under wrongful death because it states that her caregivers were aware of her brain-damaged condition, her special diet and her habit to quickly gulp down stolen foods that she was not allowed to eat. With a known choking history, it remains an unanswered question as to how Kelly choked on a bagel that she was left with unattended for an unspecified period.

The attendants at the center failed to understand the severity of Kelly’s condition even though she had lived a large part of her life there. Taking care of such patients’ day in and day out is the purpose behind opening an assisted living center. However, when negligence and a sloppy attitude towards responsibilities make room, the result is as inevitable as Kelly’s death.

Because of negligence and un-attentiveness on the part of her supervisors, the brain-damaged woman suffered yet another blow to her brain when the oxygen supply was cut off during choking. For the heart wrenched mother, accepting another brain related injury to her daughter was not easy. For her, making sure that another such incident does not kill a suffering child and stress an already troubled parent is important. After filing a suit under Wrongful Death, Kelly’s mother awaits the decision on her case.