A nursing home cook and nursing assistant have been fired following the death of a 54-year-old schizophrenic patient at a California nursing home.  The incident took place at the Raintree Convalescent Hospital.  Despite the fact that Raintree documented the patient’s swallowing problems and ordered all food to be sliced or pureed to accommodate his swallowing problems, the man was served whole meatballs. 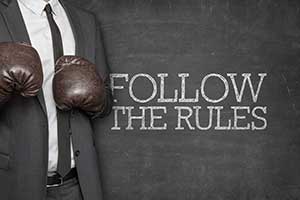 According to a an investigation by the California Department of Public Health, the man stumbled out of his room, pale and unable to speak after he was served whole meatballs.  A nurses attempt to do the Heimlich maneuver on the man was unsuccessful and he was pronounced dead a short time later at an area hospital.

This is a case where the facility admits that its staff failed to follow standing orders with this patient.  According to Antonio Sandoval, assistant administrator at Raintree Convalescent Center, the cook and the nursing assistant ignored the residents care plan when they served whole meatballs to the man for lunch.  “Neither of them did their job.” he said.

This incident resulted in an $80,000 fine against the facility.  Further, this reinforces Raintree’s poor Medicare rating.  Raintree received just one out of five stars according the Federal nursing home rating system.

What Is It Like To Live In A 1-Starred Nursing Home?