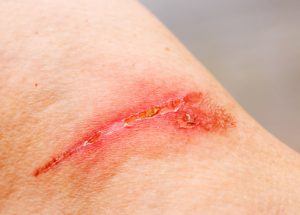 The incidents of elder abuse have shot up exponentially in the past few years. Where previously elder care homes used to be safe havens for senior citizens of our society, today they have become a nightmare for residents who are left there by their family members. For these elders, who should be revered for their contribution to our lives, living at home with no care and living in a nursing home with emotional and physical abuse is one of the hardest decisions to make.

Nursing homes all across the United States have become wary of the watchful eyes of the Department of Justice and the governing bodies of states that ensure Elder Abuse Laws are not violated. However, despite all the alertness and examples of abuse set forth, nursing homes continue to not only be negligent of critically ill and recovering patients, they even go to the extent of compromising on their welfare at the chance of earning a few extra bucks.

One such nursing home is the Carriage Hill Health & Rehab Center that has received below par ratings for a number of years now. However, no improvement or development has been in sight at the home, which is now categorized as a Special Focus Facility in the Fredericksburg area.

Dying from burns at the age of 49, Joseph Roberts was a patient who needed critical and round the clock care. Despite his habitual smoking, Roberts was more than crippled for support with poor safety awareness and leg numbness, back problems, arm paralysis, strokes, all of which had him in a wheelchair and tucked away at Carriage Hill.

However, his death is reported to be completely ‘unrelated’ to his severe condition. Roberts died of a fire that started from the ember of his cigarette and spread to his clothes in a matter of minutes. Even though all elder care facilities are strictly non-smoking zones, why was Robert rolled out to the patio by a caregiver and then left there all alone with a cigarette remains an unanswered question. This matter, as sad and unsettling as it may sound, stems from severe negligence at most old homes and rehabs like Carriage Hill that spend little to nil on staff training, facility improvement and most of all inducing compassion for the elderly in caregivers.

Despite being admitted to the same facility in early 2011, Robert showed minimal signs of improvement. However, according to sources, Robert’s disability and his numbing ailments were taken advantage of by the parent company of the nursing home that wanted the ex-resident to be taken back at the center with profit being the only goal.

How quality care and attentiveness can be given to elder residents with such a goal in mind defies all common sense and logic. The same was soon apparent to the Spotsylvania County Jury that ruled in favor of Robert’s case, levying a $1.45 million fine on Carriage Hill.