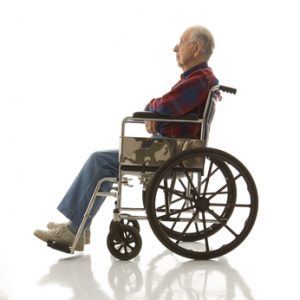 Most people will accept the fact that immobile elderly residents need more assistance. We accept that these elderly might need extra help getting out of bed and to the bathroom. However, few people realize just how vulnerable these patients are during an emergency. The small Bas-Saint-Laurent village of L’Isle-Verte will stand as evidence of the dangers that immobile elderly residents face.

The small village rests along the snowy southern bank of the St. Lawrence River and is home to only 1,500 people. On January 23, a fire in a senior’s home ended the life of 32 of the residents here. The Résidence du Havre burnt down in a blaze. The recovery effort was also initially hampered because of the sub-freezing temperatures. The -4 Fahrenheit temperatures caused the equipment to freeze.

The fire started around 12:30 a.m. on a Thursday and spread quickly. While the firefighters were on the scene in eight minutes of the alarm going off and several local fire departments responding to the call, the fire’s intensity prevented them from carrying out a complete evacuation.

While we are not sure what the cause of the fire was (though it is believed that a resident’s cigarette is what started the fatal blaze), what is known is that many residents never had a chance to escape. The majority of patients were in wheelchairs or walkers, had little or no mobility, and were older than 85.

Part of the problem

One of the most obvious problems was that the facility has been in operation since 1997 and expanded in 2002. However, the facility only had a partial sprinkler system according to a Quebec Health Department document. According to the responsible fire chief, it was the newer part of the building that triggered the alarm. The older portion of the building remained inaccessible as the fire continued.

Why it is important to speak out

The truth is that accidents do happen. We may not want to think about it, we may want to close our eyes to that particularly harsh reality, but accidents happen. When they happen, it is important to have adequately prepared staff members and facilities designed to aid patients. The real reason that it is important to have adequate staffing throughout the day and night is not necessarily for when things are going right – it is for situations like these when things go horribly wrong.

If you believe that senior facilities are not providing adequate safety procedures, it is important to speak out. If you notice that nothing is being done to alleviate your concerns, it may be in your best interest to speak to a lawyer to ensure that changes are enforced. We should not wait for accidents such as these to remind us that these elderly patients need extra attention and protection.