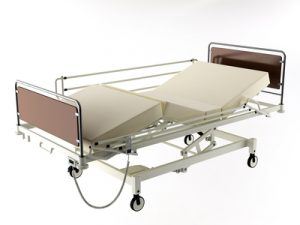 Nursing home tragedies have become a very common cause of death for severely ill or crippled patients. This issue is so much serious that residents who are otherwise recovering steadily, suffer severe injuries and emotional stress at the hands of caregivers who our society trusts with their loved ones.

Of all kinds of nursing home tragedies, neglect tops the list with 58.5% share. No doubt, a neglectful staff at an elderly care home can be the cause of a painful and regretful death because most residents admitted to such facilities do not have any control over their movements and actions, thereby being completely dependent on their caregivers.

Even though every nursing home trains their staff and stocks up on facilities to get an acknowledged accreditation as per state and federal laws, there can be a number of factors that cause neglect. Understaffing, saving up on the money or worse – not paying attention to individual patient needs are some that top the list.

In a nursing home, caring for every resident and patient equally is a common goal that it strives to achieve. However, for every patient or resident, the kind of care and attention needed differs and if caregivers fail to understand this, the entire purpose behind a caring facility becomes void.

For the 91-year-old Helmi Laitinen, death was a matter of getting strangled between the mattress and the railings of her bed. Being a dementia patient, Laitinen was a resident at the Cold Springs nursing home in Minnesota that failed to understand and match her safety needs with her bedding needs.

The nursing home argued that two months before her death, Laitinen had fallen off her bed which necessitated that bed railings be put up. However, according to the state report, the patient’s needs were not reassessed after that time, which is the reason for her demise. The state’s report and the State Health Commissioner Ed Ehlinger both concluded that even though railings are used as a safety net against elderly patients falling off beds and couches, in Laitinen’s case they were unneeded. Laitinen had limited mobility and was under severe chronic pain, therefore, bed railings were more of a threat rather than a cushion for this patient.

What we can take from this bed rail episode

The use of bed railings has gone down since 1990 when reports of their dangers were made public. At present only 15% of healthcare facilities use bed railings as opposed to 75% in 1990. With 800 deaths being reported from 1985 to 2009, bed railings became a big no-no in old homes because their disadvantages started to outweigh the safety they were known to provide.

Perhaps a change in perceptions is also needed here. An informative drive of the disadvantages of bed railings should be started especially targeted to families with patients in nursing homes. This way, a family’s insistence to add bed railings as safety for their loved ones, even if they are not needed, will not be a contributing factor to this rising problem.

Moreover, because innovative alternatives like motion sensors, lower beds and concave mattresses have become so common to monitor patients in old homes, nothing overshadows the neglect and lack of need assessment on the part of caregivers.

Learn more about the laws applicable to Minnesota nursing homes here.
Click on the links for information on nursing homes in Minneapolis , Rochester and St. Paul