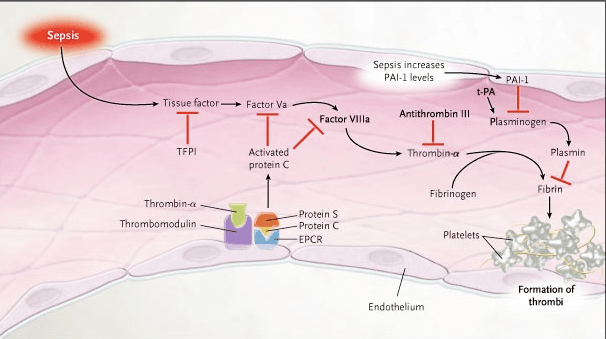 ‘Sepsis’ is a bacterial infection in the bloodstream or body tissues commonly found in people with advanced bed sores (also referred to as pressure ulcer, decubitus ulcer or pressure ulcer).  In order to make a diagnosis of sepsis, at least two of the following must occur: a heart rate above 90 beats per minute, hyperventilation (more than 20 breaths per minute) and white blood cell count below below 4000 cells/mm.

Frequently, people use the term sepsis to describe ‘severe sepsis’ and ‘septic shock.’  Severe sepsis is used to describe people who have organ dysfunction following a diagnosis of sepsis.  People diagnosed with septic shock have sepsis with hypo-tension (abnormally low blood pressure).

Sepsis is a common medical condition; it accounts for:

Exposure to different microbes (germs) can cause sepsis.  Sepsis is most commonly caused by bacteria, but it can also be caused by exposure to virus and fungi.  Many people develop sepsis after experiencing infections such as: pneumonia, meningitis, cellulitis, urinary tract infection.  Amongst nursing home residents, people who have pressure sores and amputations are particularly vulnerable.

In order for treatment to be most effective, it must be implemented as soon as the diagnosis is made.  Generally treatment consists of antibiotics and surgical drainage.  Nutritional supplements are also suggested as treatment for sepsis.

Is sepsis related to bed sores?

Lawsuit Alleges: One Week In The Nursing Home Results In Significant Deterioration Of Pressure Sores & Sepsis