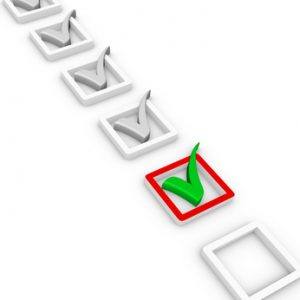 When Mary Chiu discovered the bedsores that her 85-year old mother was struggling with, she was shocked to say the least. Her mother suffered bedsores on her big toe, heel, left leg, and the one on her backside was deep enough to where it exposed the bone. Hospital treatments for the sores and subsequent bacterial infections became standards, upwards of a half a dozen times her mother needed to go to the hospital. Her mother finally passed away because of respiratory failure months later.

Because Mary Chiu wanted a thorough investigation of the nursing home, she wrote the Los Angeles County public health officials in September of 2011. The 7-page complaint detailed everything she thought went wrong in the case that led to her mother’s suffering. In December of that year, she decided to take legal steps and sue the Arcadia Health Care Center.

The lawsuit has since been settled, in arbitration it was decided that her mother was in fact the victim of negligence and elder abuse. The wrongful death of her mother led to Mary Chiu receiving more than half a million dollars. Even though the lawsuit was started and settled – the investigation from the public health department is still not finished.

It would be easy to consider this an afterthought, but it goes beyond that. If people look up the public records of the Arcadia Health Care Center, they are not going to see any reports of this case. This means that those people who are referencing public records to help them determine nursing home quality are left out of the loop.

Not an isolated incident

Unfortunately, this is not an isolated incident. It is one example of hundreds of similar cases in Los Angeles County alone. Statewide there are thousands of these cases. This begs the question: how many of these cases are still pending on a national level? Especially if we consider these cases are incomplete for months, possibly even years.

As of the middle of March, there were 3,044 open cases in the county. Out of the 3,044, almost a third (945) of these can be dated back two or more years. This shocking statistic was recently revealed by the Los Angeles County Auditor-Controller.

A lack of accountability

Part of the issue, as previously mentioned, is the fact that these delayed cases are not available on federal or state websites. The only thing that prospective clients are able to see is that Chiu lived at the Arcadia nursing home in 2011.

The issue here remains that aside from the temporary financial setback, these facilities are not being held accountable for their actions. In fact, until a reporter confronted them about the situation, the website for the Arcadia Health Care Center proudly displayed a five-star facility status. This would suggest that there is nothing wrong, and there has never been anything wrong, with the facility. The actual rating that the Arcadia Health Care Center has on the U.S. official government database is three stars. Since being confronted with these facts, the claim has been removed from the website.

Part of the discussion that appears lost here is the fact that Mary Chiu does not want other families to have to go through the same heartbreak that she did. While the monetary compensation is certainly helpful in taking care of bills and attending to her mother’s last wishes, it does not give Mary Chiu her mother back.

Until there is adequate funding for these departments to enable them to investigate each claim properly, what type of message does that send to the offending healthcare facilities. What message does it send to the families left behind?