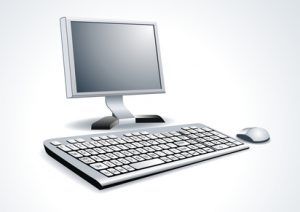 Losing a loved one is never easy – but to lose someone because of neglect or negligence in a nursing home will make the loss far more difficult. Two residents died because of neglect at the McKenzie Towne Care Centre in Calgary. These two residents passed away because of badly infected bedsores. The care center is now mandated to track these wounds on a computer, to ensure that nothing goes unnoticed or untreated in the future.

More about the situation

Revera Inc. runs the home that these two patients died in – this is a private care company that has a contract with the province. However, according to Health Minister Fred Horne, it would not be necessary to rescind the contract with Revera Inc. after the company promised to explore ways to give families more say, implement updated care plans for residents, and provide more training for its staff.

According to Horne, the findings of the AHS report would suggest that the residents who live in the facility are ‘safe’. What Horne identified as mere quality issues might surprise some readers. Some examples include:

The two cases of blood poisoning

While Horne apparently believes that these are minor problems that can be resolved, those who have family members in those facilities may feel differently. For example, the bedsores led to very complex wounds, wounds that no one at the facility had the knowledge of how to treat. Violet MacDonald – aged 73 – suffered from dementia. The staff let Ms. MacDonald sit in a soiled diaper for two days. This infected the existing bedsores, which would lead to the fatal blood poisoning. The family of Ms. MacDonald alleges that the staff made it impossible for family to enter her room by propping up a chair as well. Ms. Wyonne Somers – aged 75 – died after leg sores and a severe urinary infection. According to the family members, the staff at the facility misled them about how serious the situation was.

For those families that are without their loved ones, it is heartbreaking to realize that these nursing homes do not provide the proper care that our elderly citizens deserve. According to studies, as much as 25 percent of nursing home residents may have issues with bedsores. Because we know that immobile patients are already in a weakened physical condition and have an increased chance of developing bedsores, it is important that staff be extra cautious with these patients.

While these reports identify problems with patient documentation and wound care, the swift dismissal from the Health Minister is problematic. Especially if we consider the problems would have never been investigated unless families speak out the way they have in these instances. Unlike the insinuation of the Health Minister, these are not isolated incidents. The only way to stay ahead of the problem is through tougher monitoring.