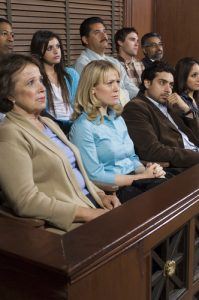 A Cuyahoga County judge has ordered the Ohio nursing facility Beachwood Pointe Care Center to pay $1 million to surviving family members of a resident who lost her life through the “negligence and recklessness” of the facility. A lawsuit was filed against the nursing home claiming that 71-year-old resident Mary Stevens succumbed to her illness and injuries in 2012 that were allegedly caused by negligence of the staff. The Cuyahoga County Common Pleas Court jury found that Stevens’ estate should be awarded $440,000 in compensatory damages and $560,000 in punitive damages.

The lawsuit claimed that Ms. Stevens sustained “fatal” and “severe” injuries including infected bedsores that took her life. In addition, the lawsuit claims that Mary’s physician and family never received notification that she was suffering with her injuries and as a resident of Beachwood Pointe Care Center, Ms. Stevens was never “provided a safe environment” before her death.

Bedsores (pressure sores; decubitus ulcers; pressure ulcers) are just one of the many indicators of neglect or abuse in a nursing facility or medical malpractice occurring in the hospital. The sores appear when pressure on the skin is unrelieved in as little as 90 minutes. The pressure constricts much-needed oxygen and nutrients to the area and will often cause serious health issues including infection and open wounds.

Pressure sores tend to occur on specific areas of the body where the skin and bone come in close contact, like the shoulders, heels and back of the head. Many residents in nursing facilities and individuals staying at hospitals are at a higher risk of developing a bedsore because they often remain sedentary in a wheelchair or bed for hours at a time.

The CDC (Centers for Disease Control) indicate that 10 percent of all nursing home residents will suffer a bedsore during their stay. This translates to approximately 60,000 patient deaths directly associated with pressure sores every year. Although the rate seems alarming, it is certainly not a new problem. Pressure ulcers have been a prevalent issue for decades throughout nursing homes all across the United States. Often times, the bedsore begins through a lack of monitoring or improper medical care provided by the nursing facility.

However, pressure sores are serious health concerns that need immediate attention once identified. Many individuals are admitted into a nursing home with an existing bedsore. However, it is still the responsibility of the medical team to ensure that the pressure ulcer does not become any worse. Without attention, the size, intensity and condition of the pressure sore can dramatically progress into advancing life-threatening stages which create a myriad of new medical issues.

The main contributing factors to developing a bedsore include:

Out of the tens of thousands of individuals who suffer bedsores every year, more than 17,000 lawsuits against nursing facilities involving pressure sores are filed every year. It is the second leading type of claim for compensation following wrongful death lawsuits.