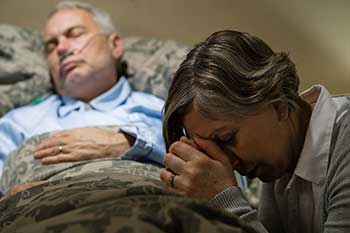 There’s a misconception that when a person receives a large verdict in a personal injury or medical malpractice case the person becomes wealthy overnight. Aside from the fact that the individual presumably suffered some type of loss in the first place and was merely being compensated for those losses by a jury– the fact is that a sizable number of these awards get put-aside by trial or appellate courts.

Not surprisingly, in the wake of a substantial award, many companies automatically look for a way to get the verdict vacated or reversed. While some of these post-trial actions may be based upon a legitimate error made by the trial court, as a personal injury attorney, I commonly see these post trial actions nothing more than a tactic to delay paying a legitimately injured person what a jury deemed to be reasonable and just.

Is there such a thing as too-good of a jury verdict?

While it may be counter-intuitive, sometimes it may be better for an individual to receive a merely large verdict than a mega-verdict, as the slightly smaller award may be less likely to be appealed and drawn out.

I was reminded about how seemingly unbelievable verdicts may be just another part of the very bumpy litigation process when I read about how the South Carolina Supreme Court reversed a very large award to a widow who initiated a lawsuit against a rehabilitation facility based upon the bedsores that her husband developed during his admission.

Failing to provide care to a needy patient

After hearing evidence about how Willie Scott was admitted to a Healthsouth facility for rehabilitation only to develop a stage 4 bed sore that required extensive care including a colostomy and surgery to remove the dead tissue, a jury awarded his wife $12.3 million (comprised of $307,000 for economic losses, $4,000,000 for loss of consortium and $8,000,000 in punitive damages).

On appeal Healthsouth argued that the trial court made errors including:

While I cannot comment on the specifics of the case or the applicable law in South Carolina, I am sure that the initial satisfaction with the verdict on the part of Ms. Scott and her attorneys has long vanished as they recognize they have a long road ahead until they see some compensation from this case.

Despite my view of some of the discouraging aspects of this case, taking cases like this to trial is an important part of our justice system—both for the individuals involved in the immediate case—and also for others who may be similarly situated as the decision makers at the medical facilities involved must surely take notice of the jury’s perception of this cases.  As this case likely heads back before I jury, I look forward to following its outcome. I hope that a new jury won’t get distracted by some of the ancillary issues involved and will see the case for what it is: a man who was mistreated by a medical institution.