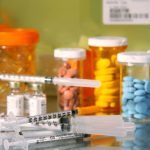 Most people enter New York nursing homes because they are too sick or too old to take care of themselves. Thus, they present facilities with particularly difficult challenges of health care and service. However, that is what they contracted for and that is what they promised residents they would deliver.

Due to their special role as caretaker and medical provider, they can uniquely injure residents and that’s what happens in too many instances.

Take a look at these New York verdicts and settlements to get a better sense of how people like you turn these medical errors into actionable claims.

The nursing home victim, in this case, was a 48-year-old woman. She was living at the facility because she was suffering from multiple sclerosis and need 24-7 care and monitoring. At some point during her time there, she was diagnosed with cellulitis and need debridement in order to fix the problem.

Thus, the nursing home acquired a chemical mixture, an acetic acid, to treat her and applied it multiple times over a few days. It didn’t go well. It gave her serious burns as well as a lot of pain and suffering. She needed corrective surgery to correct the botched procedures.

The defendant responded that it followed the correct instructions and that the plaintiff’s objections at the time were muddled at best because of her reduced state. Yet, rather than proceed to trial, both sides chose to settle as well to end the matter.

She received $225,000 and here are some points of note about that settlement:

This dispute arose when a resident and staff member got into a spat. What happened was that the employee put a bottle of water behind the woman to alleviate her arthritis. However, the water was boiling and the bottle was not manufactured for that high of temperature.

Therefore, it caused severe burns to the resident’s back and buttocks. She had to be taken to the hospital. Doctors discerned that she had severe burns across her body.

She sued the facility and claimed that this incompetence led to a protracted stay in the hospital as well as sepsis, pneumonia, suffering, and other conditions which eventually took her life.

Her lawyers argued that the facility should have hired more qualified employees, should have trained them better, and should have taken further actions to prevent this situation from occurring.

The defendant disagreed but offered $750,000 to settle and the estate accepted.

Here’s why that amount may have been reached:

This nursing home lawsuit might have looked like a bed sore dispute from the outside but in actuality ended up being a medical error and negligence action. The victim was seventy-nine. He was staying at a hospital and living with bed sores.

At some undetermined time, they developed gangrene and doctors needed to perform an amputation. However, his health status deteriorated not long after this surgery and he died after he went into cardiac arrest.

Lawyers for the man’s family brought a lawsuit against the nursing home because, in their words, it failed to preserve his health and caused his pain and aggravation before he died.

They denied this charge, especially with respect to the development of bed sore, because they argued these were pre-existing conditions that it did not cause or worsen.

Yet, a jury saw it differently and gave the plaintiffs $73,000 possibly for these reasons:

This story’s victim was a sixty-six-year-old man who was suffering from diabetes and living at a nursing home because he could no longer care for himself. One night, he was very ill and wandered outside the facility. The ambulance that was supposed to take him to get his dialysis treatment couldn’t find him and then when they did refuse to take him because he wasn’t properly dressed for the cold night.

Eventually, he got to the dialysis center but he couldn’t receive his treatment due to his declining health. They rushed him to the hospital where he was diagnosed with sepsis, heart failure, and pneumonia.He died a little over one week later.

Lawyers for the man investigated the series of events that led to his death and discovered that the nursing home was not properly medicating him. They sued the facility and the ambulance company for negligence.

They argued that their failures caused his extreme pain and suffering prior to his passing. Both defendant essentially pointed their fingers at each other and this made it easy for the jury to find for the plaintiffs which it did in the amount of $2,000,000.

Here are some key takeaways from this case:

This lawsuit involved a number of parties. The plaintiffs alleged that the combined failures and medical errors of the victim’s nursing home, hospital, and doctors led to his pain and suffering as well as loss of enjoyment of life prior to his passing.

The bulk of the action occurred prior to his admittance into the nursing home. At the hospital, he received a balloon pump removal, arterial bypass, and valve repair.

However, due to complications resulting from the procedures, he also sustained foot drop, bed sores, and other side effects that even required an amputation. Then, while staying at the nursing home, his pressure sores developed to a critical state and caused him great pain and suffering.

After he died, from unrelated causes, his family brought a lawsuit on his behalf to recover for the injuries and enormous pain he endured before he died. They alleged that both the home and hospital were liable.

Both defendants disagreed and pointed to his multiple and serious pre-existing conditions as the reason for his poor health circumstances including diabetes, heart problems, vascular disease, and others.

However, not wanting to make their case at trial, they decided to settle and the family ended up getting $300,000 in a settlement. Here are some important things to note:

Medical error injuries in nursing homes are so thorny and intricate because they involve a lot of issues and parties: doctors, nursing homes, pharmaceutical companies, etc. If you were injured because of medical malpractice in a nursing home, then focus on these case takeaways:

Did A New York Nursing Facility Make A Medical Error And Injure Your Family Member?

If this is the case, then you need to understand all of your rights to recover under the law in New York. We can help you get compensation for the costs, injuries, and grief that the home’s medical errors caused you.

Also, we can represent you on contingency so that it won’t cost anything if you’re not happy with the outcome. It’s as easy as that. Just give the attorneys at Nursing Home Law News today to find out what recovery is awaiting you!