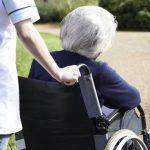 More and more people are checking out nursing homes and becoming new residents especially as the Baby Boomer generation retires and looks for care and treatment.

However, as we’ve seen in recent news and litigation, nursing homes are not completely ready for them. The care that they are providing to residents as in many instances been inadequate and harmed them in a variety of ways.

In the next section, you can read summaries of New York nursing home lawsuits where the victim received inadequate care:

This case ostensibly seemed like a fall case but in actuality was an inadequate care case. The victim was in his middle to late eighties and was suffering from a variety of health conditions such as dementia. He was labelled a high risk for falls upon his admittance to the nursing home where the events of this New York bed sore lawsuit took place.

Due to the accidents, he broke his hip and needed to undergo surgery to correct the injury. Tragically, he died during the procedure.

His estate sued for survival and wrongful death damages using the errors described above as the basis for their complaint in addition to various statutory claims (like N.Y. Public Health Law 2801-d). The defendant contended that the decedent received the proper level and kind of care. The jury was not convinced.

Here are some important takeaways from this case:

The events of this lawsuit took place over a number of years. The plaintiff was a female nursing home resident. She was eighty-three years old suffering from many different health problems including heart failure, vascular disease, urinary infections, pneumonia, and even others.

At some point, she was transferred from the nursing home in question to a hospital for treatment.

That lasted several weeks until she was brought back to the original facility. Once there, according to the allegations contained within the complaint, she experienced dehydration on multiple occasions that complicated her other health problems and took her life.

Her lawyers sued under negligence and statute (the Public Health Law). The defendant nursing home replied that it did everything it could and should but that she died because of her pre-existing and serious conditions that they had no part in causing.

The jury seemed to compromise in awarding the estate $150,000 for only some of the plaintiffs’ claims. Here is why they might have split it down the middle:

This cause of action kicked off after a female nursing home resident died in her sleep. She was eighty-five at the time and was living with the assistance of a tracheotomy tube. At some point while she was asleep on one occasion, the tube either malfunctioned or became loose. Either way, she stopped receiving oxygen and died.

Lawyers for her estate quickly filed a claim on her behalf. They claimed that the nursing home’s negligence was the reason she died. In particular, their lawsuit listed several errors that culminated in her passing including the following: a lack of proper supervision; a lack of sufficient equipment to sound alarm for this kind of accident; and other miscellaneous negligent conduct.

The defendant replied in the alternative that she would have died regardless of what it did because of her specific health condition.

Prior to the commencement of trial, both sides settled for $500,000 possibly due to the following factors:

This was a very novel case because a crucial element of the lawsuit hovered over whether or not the defendant facility was a nursing home as defined by New York law. The dispute began when an eighty-three-year-old man died in the care of the defendant.

Investigators for the man’s estate determined that he froze to death because the facility had not turned on the heat in over two weeks during the middle of winter.

Also, during this time, he was given sufficient water, food, or medication for his diabetes. Lawyers for his estate brought a lawsuit for damages on a theory of negligence. The defendant said that it was not a nursing home and, therefore, that it was not obligated to the duties of his care.

Furthermore, it stated that the man was only living there because the state said he had to be. Responding to these defense, the plaintiffs claimed that the defendant was holding itself out as a nursing home when in actuality it was not.

Again, the defendant denied these charges but sought to settle and gave the family $750,000.

Here’s how the plaintiffs still got a lofty sum in settlement despite the defendant’s vehement denials:

The victim in this cause of action was a male resident in his early eighties. The lawsuit was brought against the nursing home where he was staying as well as the doctor who was treating him while he was there.

The exact misconduct during the operation that led to his injuries was unclear but the consequences were not: permanent numbness; disability; reduced range of motion; scarring and disfigurement; and long-term pain and suffering.

According to the allegations contained within the complaint, the man even died from complications due to the negligent treatment. The lawsuit sought damages for these harms as well as costs, wrongful death, lost support, and other items.

The defendants disagreed but did not contest the matter long. They settled with the man’s estate.

The defendant nursing home offered approximately $300,000 and the defendant physician offered $150,000. The man’s estate accepted both of these amounts.

Here’s why the figure was a bit lower than what you might expect for a wrongful death action:

What was unique about this case was the particular nursing home victim himself. He was a man in middle twenties. The reason that he was living at the nursing home was because he was a quadriplegic and needed constant care.

As a result, level two bed sores sprang up on his heels and feet and level four bed sores emerged on his back and buttocks.

Consequently, he sought damages under common law claims as well as New York statutes like New York State Public Health Law § 2801-d. The defendant facility refused that it was negligent or responsible. It replied that it merely forgot to document all the care that they gave him.

However, rather than go through the ordeal of trial, it offered to settle for $750,000 and the man accepted.

Here’s why the nursing home may have seen the writing on the wall:

Nursing homes have so many responsibilities that it can be hard to keep them straight and identify exactly how they messed up in a given situation. Here are a few insights that you should be aware of from the case summaries above:

Was Your Loved One Injured Because of a Nursing Home’s Misconduct in New York?

The attorneys at Nursing Home Law News represent victims of nursing home negligence. If you were injured because of a facility’s misdeeds, then give us a call because we can help you!

Our team investigates nursing home accidents to determine if victims can recover and if they can then we help them bring a case in New York court. To find out if you have the right to recover, contact our offices and speak with someone from Nursing Home Law News team.

If you are looking for information on a local nursing home or for a lawyer who has experience with nursing home negligence matters, please refer to links below: