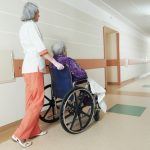 Across New York and across the country even, nursing homes and their residents are really just waking up to the threat and risk of bed sores. Some people also call them decubitus ulcers or pressure sores but they mean the same thing.

Generally, residents get them from too much pressure or friction from sitting too long without moving or rubbing materials over the skin. It might seem not that serious but they can be fatal.

What happens is that the surface of the skin will blister then tear and infections seep down into the bone and surrounding tissue. It’s when the infection takes hold and spreads that the sore can go from just a blister to a life-threatening condition.

The plaintiff in this lawsuit was a man in his middle seventies. He was transferred to the nursing home at the center of this dispute only for a few weeks. He was supposed to remain there until his schedule treatments were to begin at a nearby hospital.

However, while at the facility, he developed bed sores that quickly worsened and threatened his health. He had to be taken to the hospital earlier than expected and died shortly after they became infected.

Lawyers for the man’s estate sued the nursing facility on statutory, negligence, and wrongful death grounds. They argued that its deficient care was the reason he developed bed sores and died.

They pointed to a list of errors including a failure to create an individualized plan to prevent bed sores on his body, a failure to turn him over regularly or monitor his position (even while they erroneously said they were), and a failure to give him the required nutrients and water.

The defendant nursing home denied most of these charges except the statutory failure to keep him free from bed sores. Accordingly, the jury didn’t find it hard to render a verdict in the man’s favor and awarded his estate $500,000.

Here were some strengths in the plaintiffs’ case:

This lawsuit was filed after a man died in the care of a nursing facility. He had been staying at the home for an extended period of time because he was very old and could not take care of himself. The nursing home was not helpful.

Over a period of time, he developed bed sores on his foot, back, and buttocks. Due to the fact that staff were not regularly changing his adult diaper, some of these sores became infected and he developed sepsis and died.

Once his representatives learned of this development, they brought suit against the nursing home for negligence and wrongful death. In their complaint, they alleged that the defendant nursing home did not properly turn him over, clean him, or otherwise care for him.

They stated that because of this negligent service, he grew bed sores, bed sores he already had got worse, he gained infections, and he died. They sought financial and punitive damages for all these injuries.

The defendant replied to all of these charges in its reply. It said that it did nothing wrong and in no way contributed to his injuries or death. The matter went to trial where the jury awarded the man’s family $1,250,000.

Here are some points that weighed in the plaintiffs’ favor:

The lawyers in this nursing home case represented a deceased man who died shortly after being transferred out of a nursing home. In October of that year, the nursing home staff determined that he had bed sores on his heels and lower spine. They were stage four, necrotic, and infected. Just one month later, they descended into a gangrenous state and he needed to be transferred to a nearby hospital.

To correct the problem, doctors needed to perform an amputation on the man’s leg but it proved to be of no avail. He died just a few weeks later. His representatives brought a cause of action against the nursing home for negligence and wrongful death.

They charged that the facility committed a number of errors and that all of them combined to cause the man’s death.

As much as the defendant disagreed, it still agreed to settle and the man’s estate received $450,000.

Here’s a few points about why it might’ve gotten that amount:

This nursing home verdict was rendered after a female resident sustained a number of injuries during her stay her. On one particular day, staff at the facility assisted her into the restroom and then left her for no reason.

Subsequently, she fell down and severely injured herself. After receiving care at a nearby hospital, she was brought back to the same nursing home.

However, things didn’t get any better because she developed bed sores on her feet and back. They eventually became infected. After consulting with her lawyers about these events, she chose to bring a lawsuit against the nursing home for the various injuries, costs, and damages that its care imparted onto her.

Her complaint asked for nearly thirty million dollars in compensation for compensatory and punitive recovery.

The defendant disagreed with this amount as well as with the fact that it was responsible at all for her harms.

However, the jury bought the plaintiff’s story to the tune of $1,025,000 potentially for these reasons:

The nursing home victim at the center of this dispute was a 70-year-old veteran. One morning he was found on the floor of his room. Apparently, he fell down the previous day and could not get up on his own. The nursing home staff had not noticed that he was prone and helpless.

The incident left him with a number of injuries and he was taken to the hospital not far from the facility. After being admitted for emergency care, doctors soon noticed that he had developed bed sores across his lower back and spine.

He was also experiencing symptoms of obesity, diabetes, and other problems. Regarding the sores, doctors prescribed a course of debridement, medication, and dressing changes. Then they sent him back to the nursing home from which he came. However, he didn’t live very long after that.

His lawyers suggested the trauma and pain of these events led to his death. They sued the nursing home for negligence and alleged that it didn’t assess his condition, reposition his body, respond to doctor’s orders, or generally provide sufficient care.

The defendant nursing home denied these claims and suggested that the man’s pre-existing conditions were to blame. The jury was not convinced. It awarded the estate $300,000.

Here’s why the man’s estate got what it did in court:

The decedent was also given 10% of the blame for the events involved in this lawsuit and that lowered his award from $300,000 to $270,000. The plaintiffs could clearly show that the facility ignored the doctor’s orders and that was used to prove that it was legally the cause of his injuries.

The plaintiff in this nursing home case was the estate of a deceased 89-year-old woman. What transpired just prior to her death was the focus of this cause of action. One month before her passing, the nursing home staff where she was staying noticed that she had stage two bed sores.

Then, a few weeks later, they realized that they had progress to stage four. It was only then that she was taken to a hospital where doctors were able to perform debridement to take care of them.

They stated that the facility failed to adequately reposition her, monitor her, supply her with proper mattresses and equipment, or take action when they realized she had bed sores.

The defendant refused these contentions so the matter went to court. The jury declared that the defendant nursing home violated public health laws in negligently caring for the woman.

They awarded the estate $150,000 for the following damages:

New York lawsuits that deal with bed sores in nursing homes are some of the most complex affairs. That complexity can make it nearly impossible to understand what’s going on but these takeaways should help you better understand your incident and possible lawsuit:

Did Your Family Member Get A Bed Sore While Staying At A New York Nursing Home?

Nursing Home Law News team works with victims suffering from bed sores. We have a long history helping them get the help and recovery that they need in order to move on from these serious injuries.

Also, if you have to go to court to get compensation, we can represent you on contingency so that you don’t have to pay a dime for our services unless you get an award or settlement that works for you. Just call us today so that we can put you on the path to recovery.

If you are looking for information on a local nursing home or for a lawyer who has experience with nursing home negligence matters, please refer to links below: