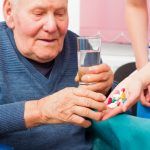 Nursing home residents are some of the sickest, oldest, and clumsiest members of society. Thus, it makes sense that they would get into accidents and that is just a part of life. What should not be a part of life is their caretakers messing up their medical needs.

Yet, in New Mexico and other places around America, that is increasingly what is happening as more people move into care facilities and these residents live to older ages than previously seen.

Here are some summaries of New Mexico verdicts and New Mexico settlements that detail medical errors:

This controversy involved a relatively old New Mexico nursing home resident even as far as long-term care facilities go. She was ninety-three years old. Apparently, what happened was that facility staff switched her medication with that of another resident for several days.

People only learned about it when she was sent to the hospital for unrelated reasons. Well, when they did find out about it, and when she died nearly three weeks later, her family was not too pleased with the nursing home.

They swiftly brought a malpractice and wrongful death lawsuit against the facility. Within their lawsuit, they stated that the negligence of the nursing home (i.e. mishandling of her medication) caused the decedent pain, led to her death, and diminished the quality of it before she died. Plus, the whole incident also caused the family great suffering and expenses. They sought damages for all of these things.

The defendant returned with several defenses primarily that all of the woman’s injuries were unrelated to any mistakes it made and that her pre-existing injuries and old age were more to blame than its conduct. Yet, it had clearly error and thus agreed to settle.

Both sides found agreement for $250,000 and here are a few facts that might help us understand their reasoning:

This case seemed to be open and shut (no pun intended) up until the complaint was filed in court. The dispute arose when a nursing home resident cut his arm on the side of a bed while getting ready to go to sleep.

However, even though he rang for nurses to come and check out what happened, none came for nearly an hour. When they finally arrived, they immediately noticed that he had to be taken to a hospital and so he was not far from there.

Doctors elected to perform a minor procedure to disinfect the area and then sutured his wound back up. However, unimpressed with the service that the nursing home provided, he decided to file a lawsuit against the company.

He alleged that the facility was negligent in its care for him and that this led to further injury, disfigurement, expenses, and other damages. Essentially, he argued that they made the situation worse for him.

Also, he did not attempt to claim that they were actually responsible for the event in the first place-the cut-but merely the extenuating effects due its negligent care. The nursing home responded in court and replied that it fulfilled all of its obligations under the law and therefore couldn’t be found negligent. But they still settled so why the switch.

Here are a few points to consider:

This Nursing Home Settlement In Colorado Was The Culmination Of A Long Series Of Medical Errors Made By The Care Facility. The Victim Of All Of This Misconduct Was An Elderly Man. He Was In His Middle Seventies And Was Suffering From Diabetes Among Other Serious Health Conditions.

Over The Course Of Several Months, He Apparently Was Not Taken In For Treatments On A Regular Basis, Not Given The Medication That He Needed, And Not Supervised As Relates To His Overall Medical Condition.

Consequently, He Became Very Ill And Had To Be Taken To The Hospital. Doctors Were Able To Stabilize Him After Some Time But He Still Needed To Spend Over A Month In Rehab. While He Was Staying There, His Physicians Noticed The Mistreatment He Endured At The Nursing Home And Informed Him.

He Decided To Sue The Facility For Negligence And Alleged That Its Deficient Care Caused His Injuries And Damages. He Sought Compensation For The Pain He Suffered, Money He Spent, And Lost Quality Of Life. The Nursing Home Offered A Reply But Soon Realized It Had No Shot In Court So It Put Up A Settlement Offer.

After Some Amount Of Haggling, Both Sides Found Agreement At $500,000.

This Figure Might Make Sense Because Of The Following Facts:

This nursing home verdict combined a certain amount of neglect as well as medical error. The result was that an eighty-one-year-old woman died before she got the help that she needed.

The family quickly brought a lawsuit to recover for the injustice and expense that the whole ordeal created. The facts were not really in dispute. She suffered a stroke at some point during the night.

However, staff at the nursing home did not respond for a long period of time. When they finally contacted the emergency company to bring her to the doctors, it was too late. She died that night.

Unimpressed, the defendant nursing home responded that the woman was old and sick that there was nothing it could do and, at the very least, that none of its failures had anything to do with her passing.

Both sides could not find room to compromise so the matter went forward to trial and a jury awarded the family $1,000,000.

Here’s a bit about the value of this suit:

The nursing home resident injured in this controversy was recently admitted to the facility after having undergone a hip replacement surgery and an amputation. Needless to say, he required significant and constant medical attention.

However, the nursing home staff didn’t even perform an initial risk assessment on him when he arrived to check for bed sores, falls, or other things. Also, as later events demonstrated, it appears that they didn’t write a tailored plan of attack for him either. Thus, he eventually did get injured in many of these ways.

Most seriously, they did not attend to or care for his surgical wound sites properly which led to infection and other complications. The man brought a lawsuit against the nursing home when he realized how drastic the situation had become.

He sought recovery for the pain he was experiencing, expenses he needed to incur to fix everything, and discomfort that would come in the future.

The defendant denied that it did anything wrong and argued back that it delivered the kind and amount of care that he needed. However, this disagreement did not preclude a settlement.

He received $250,000 which is a lot when you consider the following:

This incident left a New Mexico nursing home resident in serious condition. What transpired was a series of missteps by the facility staff that ultimately required her to be taken to the hospital nearby.

The employees gave her the wrong medication which sent her into shock. The overdose then caused complications due to her pre-existing injuries and it was only after a significant amount of emergency work that she was finally brought into stable order.

She rested in that medical center for over a week before being taken back into the nursing home from which she came.

With the help of her lawyers, she brought a lawsuit against the nursing facility for negligence and sought damages for the bodily harm, medical expenses, and other costs she incurred because of the mishap. Her complaint contended that but for the home’s misconduct she would not have suffered any of them.

The defendant facility disagreed and argued that the resident’s problems stemmed from her prior conditions and that it did nothing to contribute to her unravelling health.

However, at the same time, it agreed to settle and the woman received $150,000 and here are some facts that explain why this amount might have been achieved:

Medical error disputes in nursing homes take a mastery of law and fact. This is something that our firm as acquired through years of practice. Here are some lessons we’ve learned that will help you digest these cases as well as what may have happened to you:

Did a New Mexico Nursing Home Make a Medical Error and Harm Your Family Member?

Nursing Home Law News specializes in helping nursing home residents get the recovery they need especially with such complicated cases as medical errors. If you were involved in such an incident, give us a call. We can help you at no upfront cost.