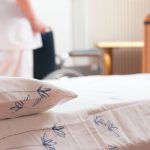 Bed sores are one of the most common and deadly problems literally running through New Mexico nursing homes. They are frequently referred to as decubitus ulcers or pressure sores as well.

While they start off as small and innocuous blisters or dry spots, they can quickly turn into a ravaging and fatal condition. Normally arising from extended pressure or friction, they are hard to keep away from residents that cannot move around and are confined to a bed or wheelchair.

The nursing home resident in this controversy brought a lawsuit after his bed sores worsened during her stay at a New Mexico nursing home. When he was admitted to the facility, he already had sores that were stage one and two along his lower back.

However, while living at the home, they progressed and he even developed additional sores on his upper arm, heel, and elsewhere on his body. He sued the nursing home for negligence and complained that it should done more to prevent this complication.

Specifically, it should have implemented a program designed to curb the complication and rise of sores on him as well as sufficiently staff the facility to ensure that the program was carried out properly. Instead, they understaffed, under-monitored, and under-cared for him.

He asked for damages for expenses, long-term suffering, and disfigurement among other things. Both sides worked out a private settlement for $100,000 prior to trial.

Here are some key points about this amount:

This nursing home lawsuit was more serious than your average case because it escalated so quickly. The resident was not facing any pressing health problems upon her arrival into the facility but that didn’t last long.

She soon developed bed sores (also called pressure sores) in the middle of her back and they went from stage one to stage four very quickly. They also became infected and sepsis made the problem life-threatening rapidly. She was sent to a hospital as soon as this was identified and underwent debridement treatment in order to stem the tide.

Fortunately, her sores were able to be handled without leading to her death but they still required successive treatments and surgeries. All in all, she had to spend thousands of dollars on medical care and still came away with nagging pain in her back that would remain indefinitely.

Therefore, she brought a lawsuit in New Mexico court to obtain a recovery for the pain and expense of the whole ordeal. She charged that the nursing home had a responsibility under the law to make sure that she didn’t develop bed sores and that if she did then they had to properly treat them.

They did neither of these things according to her complaint and this entitled her to relief in her opinion. The nursing home quickly sought to settle while maintaining its innocence.

She received $500,000 which makes some sense when you consider the following:

The victim in this situation actually died from events directly related to the lawsuit. She had been moved to the nursing home just a few months before her passing and was in relatively stable condition.

Apparently, what happened was that while there she developed bed sores and those rapidly spread and took hold of her health. They were the primary reason why she died.

The sores went from stage one to stage four in a matter of months and even became infected. They were located along her spine and upper buttocks. Her estate brought a lawsuit to recover compensation for the damages, pain, and suffering that resulted from this chain of events.

They argued that the nursing home was responsible because it didn’t put in place a proper plan, hire and train enough staff, and otherwise care for her. The defendant strongly objected to this lawsuit.

It maintained in its reply that it did all it could do and should do under the law but the woman was old and was going to die anyway.

This fundamental difference didn’t preclude a settlement however and the plaintiffs received $1,000,000 in compensation possibly for these reasons:

This cause of action was complicated because at the onset of the suit the plaintiffs admitted the resident had bed sores through no fault of the nursing home. Therefore, this lawsuit was all about their complication and the effect that had on the woman.

The resident was seventy-three and entered the facility with stage two and three pressure sores on the back of her thighs and hips. When she was admitted to the home, doctors as well as her family specifically instructed facility staff on how to care for them as well as her other conditions such as diabetes, obesity, and heart complications.

Yet, it seems as though the home didn’t do much. It wasn’t long before the sores were already up to stage four and she needed to be relocated to a hospital for immediate attention. She didn’t make it long though, she died about three months later.

Her family brought a lawsuit against the home for negligence and wrongful death. They argued that its critical failures caused her great pain and suffering prior to death and in fact might have even caused it.

Both sides haggled for awhile but ended up settling for $700,000.

Here are some factors that explain that agreement:

This dispute was relatively straightforward and handled rather quickly between both parties. The plaintiff was a nursing home resident in his late sixties. He was wheelchair-bound and experiencing other substantial health problems.

Over the course of his first few months in the facility, he developed stage two bed sores on his heels and calves. Doctors needed to perform advanced procedures and treatment in order to correct the problem as well as prescribe various medications and care afterward. To recover for these injuries and expenses, he sued the nursing home that he was sent back to.

He claimed that the facility should have repositioned him more often, equipped him with preventative clothing, and watched over him better. The defendant nursing home denied these charges but offered $25,000 to settle. The plaintiff countered at $100,000 and they agreed to end the matter for $45,000.

Here are a few things that might help you understand this compromise:

The victim in this nursing home lawsuit was a young man. He had cerebral palsy and other issues from a childbirth incident. He could not have been more blameless. Unfortunately, trouble beset this gentleman. The issue was that he spent a long part of his day bedridden or in a wheelchair. He was not mobile for really much of any particular day.

This led to the development of bedsores in several locations including his legs and back. Then, because the nursing home where he was staying did not inspect or notice them, they developed significantly and seriously.

He had to undergo debridement to have the sites treated and healed. However, he still had ongoing problems because of the sores and they continued to bother him into the future. With his lawyers, he sued the nursing facility and sought damages for the bodily injuries, expenses, suffering, and reduced quality of life the bed sores caused him.

Here’s how he might have been able to get that much:

New Mexico bed sore cases can get quite difficult and hard to understand. To avoid getting lost in the medical issues and terminology, look at these case takeaways:

Did Your Loved One Contract Bed Sores at a Nursing Home in New Mexico?

Attorneys at Nursing Home Law News have brought claims for many nursing home residents that contracted bed sores at care facilities in New Mexico. We can look at your circumstances and determine if you have a case in New Mexico or anywhere else.

Then, if you choose us, we will fight as hard as we can to ensure you get the recovery you need and deserve. If you don’t, then you don’t pay for our services. It’s that easy.

Call us today to find out what your recovery will be!