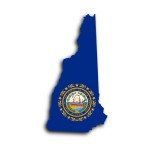 Nursing home administrators in New Hampshire have pushed back against the government’s proposal to cut reimbursement rates on Medicaid. The cutbacks that could be as much a $7 million this year are the results of a nearly $58 million deficit in the budget of Health and Human Services ending in June.

New Hampshire Healthcare Association CEO and President John Poirier representing over 90 assisted-living centers and nursing homes in the state is concerned about the reductions in reimbursement. Poirier indicates that the cutback could represent an approximately $100,000 loss of revenue for every nursing facility in the state. His concern focuses on taking a financial hit on variable expenses at each facility, which will likely impact some portion of the facility significantly.

In all likelihood, the cutback will make it impossible to pay the mortgage, pay the heat bill or purchase food, which is unacceptable. The cutback will likely require laying off much-needed staff at each facility. This would mean less caregivers are available to meet the hygiene and medical needs of every patient. Poirier indicates that some facilities rely heavily on Medicaid funding – up to 85 or 90 percent – and will likely be hit very hard by the cutbacks.

Nick Toumpas, New Hampshire’s health commissioner, does not believe that the department has many options other than accepting the proposed $7 million cutback. State Senator Jeannie Forrester has proposed legislation in an effort to prevent the dramatic cut. She remains hopeful that the legislature will recognize that cutting programs already in existence to accommodate the cutback is not the answer.

When a nursing home is understaffed, the lack of sufficiently trained nurses and nurse’s aides can endanger the welfare of every patient. In fact, The U.S. Department Of Health And Human Services has recommended new federal standards be adopted that guarantees every patient in a nursing facility will receive at least two hours of quality care every day from a nurse aide, and a minimum of 12 minutes every day of quality care provided by a registered nurse. Today, nearly one in every three nursing facilities does not meet the standard.

Understaffing causes significant problems in nursing facilities when the regular staff is required to work long shifts and be available on call after hours and during their days off. A lack of adequate staffing makes it more likely that the available nurses and nurse’s aides will pull lengthy shifts that last upwards of 24 to 36 hours in one stretch.

Often times, the nursing staff is placed in a difficult position because they are unable to provide standardized methods of care due to a lack of a sufficiently trained workforce. In addition, when health insurance companies deny reimbursement, providing care to the patient is often based on avoiding institutional penalties and inflexible protocols.

Many reports indicate that nine out of every 10 nursing homes in the United States are not staffed sufficiently with medical professionals needed to accomplish every caretaking task when providing care to elderly patients. In many scenarios, the elderly individual suffers mobility issues and likely requires assistance for various activities including toileting and showering.

Mobility-challenged patients also have difficulty “repositioning” or to adjust their body from a lying or sitting position into any position that alleviates pressure on bony areas of the body. Without repositioning, the patient can easily develop a serious, life-threatening bedsore.

In recent years, many nursing home deaths have been directly associated with developing bedsores that could have been avoided had there been sufficient staff working in the facility. Many CNA’s and other medical professionals claim to repeatedly falsify end of shift care reports indicating that the patient’s needs were fulfilled even though they were not.

In many scenarios, family members and friends of loved one’s place in a nursing facility will file a nursing home lawsuit through a competent personal injury attorney to stop the abuse and neglect.

For additional information about bed sores in New Hampshire view the page here.