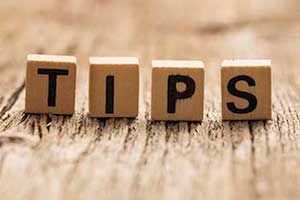 Since they were first identified in Egyptian mummies, bed sores have defied doctors’ best attempts at healing. Bed sores, or decubitus ulcers, are difficult to treat, unsightly to look at, and extremely costly, for both medical communities and society at large. A study conducted by the National Institute of Health found that pressure sores cost the U.S. $3 billion annually.

However, there are definite steps an elderly patient can take to prevent bed sores, according to the study. Below are a few suggestions:

Foam mattresses, according to the NIH, “produce high local pressures… and are more likely to predispose patients to pressure sores”. Alternating air mattresses, though better than foam mattresses, are much less efficient at shifting weight than fluid-based mattresses, which the study recommends. “Fluidising systems have been the most consistent at reducing pressure over the bony high points”, the study says.

“Functional electrical stimulation has been shown to prevent pressure sores in paraplegic patients by inducing shape changes in the buttocks and improving blood flow”, the study says, adding that about a quarter of all wheelchair users will develop a bed sore at some point. The study warns that pillows are not always effective for wheelchair users, since they can actually cause compression. “Wheelchair cushions rarely result in [lower pressure readings]”, the study says.

According to the study, it’s best to assume a flat, supine position while resting in bed during the day. “Patients more often developed pressure sores in sacral tissues when the head of the bed was raised”, the study says. A flat bed decreases shear, or the gravitational force on more sensitive areas of the body. The study also recommends lying prone (face down) at night.

The study advises doctors and nurses to use the Braden and Norton scales of assessment whenever possible, and to also check diastolic blood pressure, temperature, and the patient’s daily protein intake. According to the study, increased education in hospitals would result in a 65% reduction in bed sores.