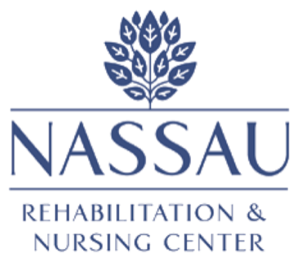 Do you believe that your loved one is being neglected, abused, or mistreated while living in a Nassau County nursing facility? Are you concerned that the harm they experience is occurring at the hands of caregivers or other residents? Contact the New York Nursing Home Law Center attorneys now for immediate legal help.

All nursing homes are required to have insurance to protect their interests when something goes wrong. You can rely on us to ensure you or your loved one is protected, too!

This Medicare and Medicaid-participating facility is a "for profit" center providing services to residents of Hempstead and Nassau County, New York. The 280-certified bed long-term care home is located at:

The investigators working for the state of New York and the federal government have the legal authority to impose monetary fines and deny payment for Medicare services if the nursing home has been cited for serious violations of established regulations and rules.

The nursing home also received three complaints over the last three years that resulted in a violation citation. Additional information about this nursing home can be found on the New York State Nursing Home Report Website.

According to state investigators, “the facility did not ensure that each resident had the right to freedom from a physical restraint not required to treat the resident’s medical symptoms. This [failure] was evident for [one resident] reviewed for Physical Restraints.”

A review of the resident apposite as Quarterly MDS (Minimum Data Set) Assessment documented that the resident “had short and long-term memory problems and was severely impaired for daily decision-making [and also had] behavioral symptoms including difficulty focusing attention.”

The surveyors noted that “there was no documented evidence in the Progress Note that the 72-hour Restraint Reduction Monitoring was completed for the least restrictive device that was used during the reduction monitoring period. The Progress Note documented the lap tray was continued because the resident attempted to get up, lean forward in the wheelchair, and is occasionally agitated.”

The surveyors interviewed a Certified Nursing Assistant (CNA) who stated that “every two hours, the lap tray is released for fifteen-minutes and also released for feeding. The CNA further stated during feeding; the resident moves around, so she is not a left alone. However, there was never a time when the tray had to be applied due to the movement.”

Need to Hold Nassau Rehabilitation and Nursing Center Accountable for Neglect? We Can Help

Do you suspect that your loved one suffered injury or died prematurely while living at Nassau Rehabilitation and Nursing Center? Contact the New York nursing home abuse lawyers at Nursing Home Law Center at (800) 926-7565 for immediate legal intervention. We represent Nassau County victims of abuse and neglect in all areas, including Hempstead.

Our network of attorneys provides every potential client an initial free case consultation. Also, we offer a 100% “No Win/No-Fee” Guarantee, meaning you do not owe us any money until we have received a monetary recovery on your behalf. All information you share with our law offices will remain confidential.