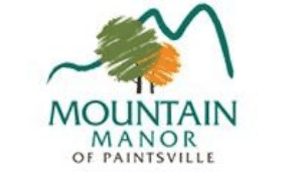 Mistreatment in a nursing home often occurs when a doctor, nurses or other caregivers fail to provide care according to established standard that result in injury, harm, or wrongful death. Any form of abuse or neglect is inexcusable.

If your loved one was mistreated while living in a Johnson County nursing facility, contact the Kentucky Nursing Home Law Center attorneys now for immediate legal intervention. Allow our team of lawyers to work on your behalf to ensure your family receives adequate compensation for your monetary damages.

This long-term care (LTC) home is a "for profit" 126-certified bed center providing cares and services to residents of Paintsville and Johnson County, Kentucky. The Medicare/Medicaid-participating facility is located at:

The investigators working for the state and federal government are legally authorized to impose monetary fines or deny payment for Medicare services if a nursing facility has been cited for serious violations of rules and regulations.

Within the last three years, Mountain Manor of Paintsville Nursing Center has received fifteen formally filed complaints, and self-reported one serious issue, and was denied payment by Medicare on November 17, 2017. For more information about penalties and fines, search the Kentucky Department of Health Care Nursing Home Reporting Website concerning this nursing facility.

To be fully informed on the level of care nursing homes provide, families routinely research the Kentucky Department of Public Health and Medicare.gov database systems for a complete list of filed complaints, health violations, opened investigations, safety concerns, incident inquiries, and dangerous hazards. This information provides valuable content to make a well-informed decision of where to place a loved one who requires the highest level of hygiene assistance and health care assistance.

In a second incident, another resident “was assessed by staff to have low blood pressure, pale skin, and labored breathing at approximately 3:45 PM. Subsequently, [the resident] expired at the hospital” after being transferred. The surveyors interviewed the resident’s Physician who revealed that the facility “failed to notify him that [the deceased resident] had fallen, had a change in condition” and that “the Physician was never notified of the resident’s death.”

The survey team initiated an investigation after it was determined that “the facility failed to provide basic life support to a resident requiring emergency care [before] the arrival of emergency medical personnel.”

The facility’s failure “to ensure residents receive basic life support has caused or is likely to cause serious injury, harm, impairment, or death to a resident.” The investigators initiated an Immediate Jeopardy after identification over an incident that could harm others in the facility.

If you suspect that your loved one was injured or died prematurely while a resident at Mountain Manor of Paintsville Nursing Center? If so, contact the Kentucky nursing home abuse attorneys at Nursing Home Law Center at (800) 926-7565 today for immediate legal intervention. Let us discuss your case during a free, initial consultation Our network of attorneys fights aggressively on behalf of Johnson County victims of mistreatment living in long-term facilities including nursing homes in Paintsville.

Our network of attorneys offers every client a “No Win/No-Fee” Guarantee, meaning you will owe us nothing if we are unable to obtain compensation to recover your family’s damages. Let our team begin working on your case today to ensure you receive adequate compensation.