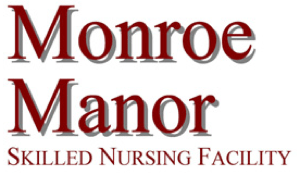 Do you suspect that your loved one is the victim of physical abuse, sexual assault, neglect, or mistreatment while living in a Cuyahoga Delaware County nursing facility? Are you concerned that their injuries occurred at the hands of caregivers, nurses, employees, visitors, or other patients? If so, contact the Oklahoma Nursing Home Law Center Attorneys now for immediate legal intervention.

Let our team of lawyers work on your family’s behalf to ensure you receive monetary compensation for your damages. We will use the law to hold those responsible for causing the harm legally and financially accountable. Let us begin working on your case now.

This nursing home is a Medicare and Medicaid-participating "for profit" center providing cares and services to residents of Jay and Delaware County, Oklahoma. The 98-certified bed nursing facility is located at:

Both the State of Oklahoma and the federal government can impose a monetary fine or deny payments through Medicare when a nursing facility has been found to violate established regulations and rules. The greater the monetary fine, the more serious the violation is that likely harmed or could have harmed one or more residents at the nursing home.

Our attorneys obtain and review data on every Oklahoma long-term care home from various online publically available sources including the Department of Public Health website and Medicare.gov.

According to investigators, “the facility failed to ensure a resident received care and services to prevent the development of a pressure ulcer and to promote healing of an existing pressure ulcer.” The surveyors reviewed a resident’s Skin and Wound Total Body Assessment and Annual Assessment dated September 12, 2018, that shows the cognitively intact resident “had no pressure ulcer.”

The investigators interviewed the resident on December 10, 2018, who stated that “she had a sore on her bottom near her crack. She stated the staff had given her salve to put on the wound [saying that] staff would come and check the wound if she asked them.”

The survey team asked the Director of Nursing about the resident’s wound. The Director stated that “she had done the resident’s assessment [a few days earlier] and she had not noticed any skin issues. She stated she looked at the wound yesterday after it had been brought to her attention [and said that] there was a scabbed area but nothing open at this time.”

The nursing home “failed to maintain infection control by failing to ensure oxygen tubing was changed timely [for a resident] who used oxygen. The Director of Nursing identified ten residents residing in the facility who used oxygen.”

Additionally, the nursing home failed to “sanitize the glucometer between fingerstick blood sample checks for [three residents].” The MDS Coordinator “identified nineteen residents residing in the facility who received fingerstick blood sample checks.” Also, the facility “failed to wash/sanitize their hands between residents during medication administration.

The state surveyors asked the Director of Nursing “what she had instructed the staff to do to prevent cross-contamination during medication administration.” The Director stated that “staff should be washing their hands or using hand sanitizer between each resident [and] should not place any items on any surface in the resident’s room without a barrier.”

Were you the victim of mistreatment, neglect or abuse while living at Monroe Manor Nursing Center? Contact the Oklahoma nursing home abuse attorneys at Nursing Home Law Center at (800) 926-7565 for immediate legal intervention. We represent Delaware County victims of abuse and neglect in all areas including Jay.

Our legal team invites you to discuss your case with us today through an initial, free claim consultation. Also, we provide a 100% “No Win/No-Fee” Guarantee, meaning you will not owe us anything until after we have secured monetary recovery for your family.